An aircraft of the Revolutionary Air Force, surface units of the Border Patrol Troops, fishing, tourism and private vessels participated in the operation, without finding people or other remains of the shipwreck. 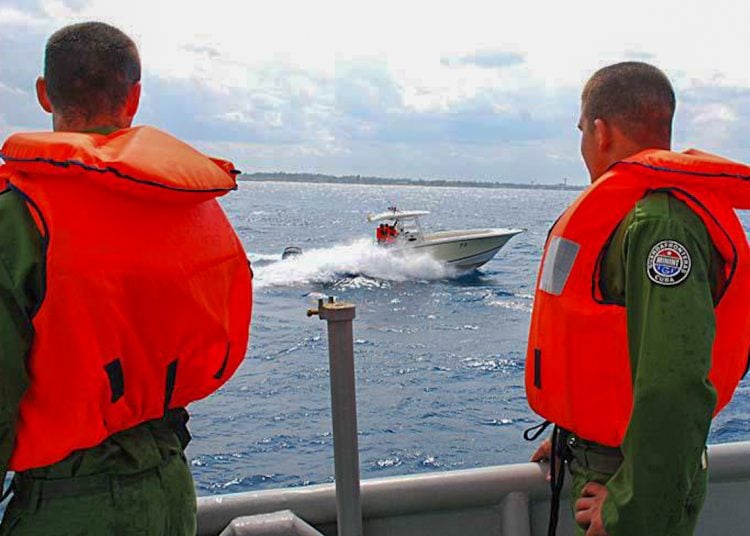 Cuba concluded the search for the rafters, including two children and their mother, who disappeared near the coast of the Bahamas while trying to reach Florida in a boat that had broken down during the journey, an incident that prompted a recent statement by the Ministry of Foreign Affairs (MINREX).

An aircraft of the Revolutionary Air Force, surface units of the Border Patrol Troops, fishing, tourism, and private vessels participated in the operation, without finding people or other remains of the shipwreck, according to a note from the Cuban Ministry of the Interior (MININT).

Published by Cubadebate, the statement from the island’s authorities details that on March 12 and 13, the search continued “in an extensive area that included the Cuban keys and territorial waters from the north of Isabela de Sagua, Villa Clara, to Punta Hicacos, Matanzas, with the aim of locating the disappeared citizens in the vicinity of Cay Sal, Bahamas.”

Taking into account the time that has elapsed since the “unfortunate event,” the MININT ended the search, “which has been informed to the families of the missing,” the note adds.

About 20 people left Cuba by the sea on March 1, among them the two minors and their mother, Lisbethy Alfonso Aborresco, 28, but the pilot left the group on a key in the Atlantic while he went to fix the boat, according to Arsen Hernández, the children’s father.

Last week, Hernández asked the U.S. authorities not to give up their search for the 6- and 4-year-old children. Later, two people, including the current husband of Alfonso Aborresco, went in a boat to look for the group, but that vessel exploded with them on board, according to a report by the Spanish agency EFE.

The Bahamian authorities confirmed the discovery of the wrecked boat near Cay Sal, halfway between Cuba and the Florida Keys, and went in search of the rafters. They found a group of them, among whom there was a deceased, but not the mother, or the two children.

After the shipwreck, the Ministry of Foreign Affairs of Cuba urged the prevention of “tragic incidents as a result of irregular migration.”

The statement issued this Thursday by the Cuban Foreign Ministry details that the events occurred on March 4, when three nautical miles from Cay Sal, Bahamas, the second boat boarded by the Cubans on their trip capsized, due to which “they were left in the water for more than 14 hours.” A Royal Bahamas Defense Force ship later rescued 12 people and a body.

According to the MINREX, when news of the shipwreck came in, the Cuban Border Patrol Troops communicated to the United States Coast Guard Service, which on March 6 returned “as an alleged emigrant” an individual who turned out to be “one of the boatmen involved in this operation of human trafficking and is subject to a judicial process in Cuba.”

According to the U.S. authorities, attempts by Cuban immigrants to reach the shores of this country have intensified in recent months.