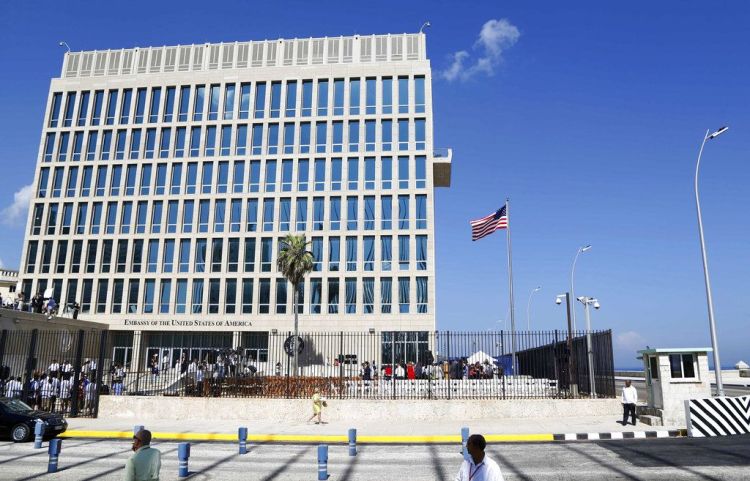 Cuba expressed its “dissatisfaction” over the “deplorable conduct and trajectory” of the United States to the head of the Washington diplomatic mission in Havana, Mara Tekach, to whom it requested that she transmit the message to her government.

The Director of Bilateral Affairs of the U.S. General Department of the Cuban Foreign Ministry (MINREX) Yuri Gala received Tekach at the headquarters of the ministry, the state-run Agencia Cubana de Noticias news agency reported last Saturday, citing a tweet from the official without giving more details of the meeting.

Held on Friday, December 20, the meeting took place amid renewed tension between the two countries, which began a failed “thaw” in December 2014, driven by former presidents Barack Obama and Raúl Castro, and truncated by the arrival of Donald Trump to the White House in 2017.

“Today I received in MINREX the U.S. chargé d’affaires, whom I asked to express to her government Cuba’s deep concerns and dissatisfactions over the U.S. government’s deplorable conduct and track in terms of human rights,” Gala wrote on Twitter.

So far, the U.S. embassy has not mentioned the meeting in any of its official pages.

Both countries have intensified their rhetoric in recent months. The United States accuses Cuba of “human rights abuses and violations” against dissidents and of promoting protests in the region. The island, for its part, blames its neighbor for trying to suffocate its fragile economy with punitive measures and the strengthening of the embargo.

Last November the Cuban newspaper Granma, the most important in the country, accused Mara Tekach of spreading “lies” about alleged tortures to dissident José Daniel Ferrer and of “guiding and financing” the actions of the opposition leader, in prison since October.

Shortly after, U.S. Secretary of State Mike Pompeo came out in defense of the diplomat with a harsh statement in which he labeled Havana’s accusations as unfounded, as an “attempt to distract” the world from its treatment of opponents.

Tensions with the U.S. last Saturday, December 21 were the center of Cuban President Miguel Díaz-Canel’s address to Parliament in its last session of the year.

“Let them know that we are not going to give up,” snapped the ruler, who deplored that “to justify its performance” the neighboring country “has resorted to the crude explanation that we are a threat to the region.”

Since the reopening of both embassies in July 2015, the U.S. mission in Havana functions at the level of chargé d’affaires because that country’s Congress has not yet appointed an ambassador. Cuba, on the contrary, does have an ambassador in Washington.

The U.S. embassy on the island is working with the minimum staff since the government of that country ordered the closure of the Consulate and other departments after the mysterious health incidents that affected about 20 of its diplomats, due to still unexplained reasons.