“The policy of hostility and isolation is not improving democracy or human rights on the island; rather, it is politicizing a humanitarian crisis and distracting from dynamic and actionable solutions,” said Cuban-American Jorge Quintana. 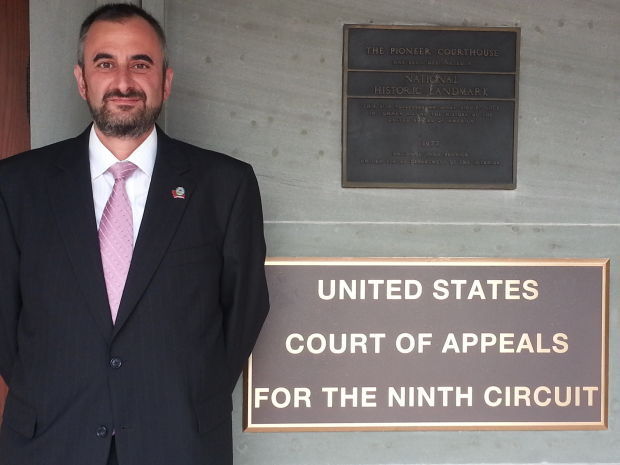 Cuban-American Jorge Quintana, current executive director of the Center for Democracy in the Americas. Photo: Archive.

The Center for Democracy in the Americas (CDA) defines itself as a non-partisan institution dedicated to promoting a U.S. policy toward Cuba based on engagement and recognition of Cuban sovereignty.

Since its founding in 2006, it has defended the idea that normalizing relations with Cuba is in the national interest of the United States. Its work includes, among other things, advancing U.S. policies through strategic advocacy, organizing trips to Cuba, and publishing research.

The CDA therefore supports policies that help foster dialogue and exchange between the United States and Cuba and increase contacts between the two societies due to their beneficial and lasting impacts on both American and Cuban society.

Given the urgent attention to Cuba that the U.S. government has shown in recent days, which was triggered by the July 11 protests, CDA executive director Jorge Quintana released the following statement:

“In the wake of the July 11 protests, and after six months of inaction in Cuba policy, the Biden-Harris administration has finally expressed its intention to commit to the issue. However, while the administration’s recent statements convey support for the Cuban people, the current policy is not only incompatible with those sentiments, but counterproductive to themselves. If the administration truly wishes to support the Cuban people, it must first take concrete action to remove the sanctions that serve to obstruct that support. The Biden-Harris administration should stop serving as an obstacle and begin serving as a conduit.

“I urge the Administration to take immediate action toward implementing policies of engagement that benefit the Cuban people. Engaging with a community that continues to suffer the effects of a strenuous diplomatic relationship should be a priority of the United States. Human rights are universal, and the Cuban people deserve to speak freely without fear of retribution and to have a voice in their future. This will happen when Cuba’s government listens to the voices of its people and respects their right to peacefully protest. Protesters throughout Cuba were met with violent confrontation from Cuba’s security forces while calling for an improved COVID-19 response, and relief from food, medicine, electricity and good shortages. Some also called for changes to the island’s economy and for political change. Cuba’s government responded to the demonstrations by preventing internet access to many websites and social media platforms, and with the arrest, detention, and/or disappearance of reportedly more than 700 protesters, activists, and independent journalists thus far. Protesters should not be punished for exercising their rights as set forth in Cuba’s updated 2019 constitution, which include the right to due process in legal proceedings and the right to freedom of assembly. For those protesters who engaged in violence or the destruction of property, prosecutions must be open, transparent, and with guarantees of due process.

“Cuba’s government has an opportunity, at this critical moment, to steer away from its response of repression and to convene and listen to groups of civil society actors in good faith, actualize the economic changes that have been promised, and respond to the concerns of the Cuban people with openness.”

At another point it says that the United States can:

“facilitate this internal change through lifting sanctions and removing the embargo. Once again, I call on the Biden-Harris administration to prioritize the humanitarian situation in Cuba by suspending regulations that inhibit the flow of humanitarian aid. Specifically, I call on the Administration to remove the specific licenses required to send medical supplies to Cuba, lift restrictions on the percentage of U.S.-made material used in foreign produced medical supplies, remove end-use verification for humanitarian imports, lift restrictions and caps on family and donative remittances, lift restrictions on banking, and remove travel restrictions that prevent this robust and dynamic form of diplomacy from taking place and prevent the Cuban people from receiving necessary humanitarian supplies.

“The Biden-Harris administration should restore remittance channels, thereby allowing Cuban-Americans to exercise their right to send, or not send, remittances, which help support Cuba’s private sector and offer much-needed start-up capital from relatives abroad. The Administration should not, however, view remittances as an end-all-be-all to financial support. Many protesters on July 11 were Afro-Cuban, who tend to have less family abroad and less access to remittances. The Administration’s newly announced Remittance Working Group will expedite a review of how to send remittances directly to the Cuban people, bypassing Cuba’s government. As it considers this, it should take into account that Cuba’s government no longer captures the amount of revenue from remittances as it has in the past.

“Since July 2020, Cuba no longer taxes dollar remittances or requires Cubans to convert dollars to local currency, and has significantly decreased hard currency store markups. Much of the government’s revenue from remittances captured from hard currency store sales is channeled to food, fuel, and goods imports. The Remittance Working Group is rightfully operating under a deadline. The Group should be judged on its ability to answer operational issues that serve the goals of supporting small and medium sized enterprises, improving the standard of living of Cuban families, and respecting the rights of Cuban-Americans to support their families.”

“The Administration has expressed interest in exploring ways to support free and effective internet access in Cuba. Images, videos, and accounts of the July 11 protests shared by Cubans on social media were largely made possible by increased internet availability on the island and the introduction of 3G and 4G which occurred over the past few years. Nearly half of the island’s population has a cell phone and 2.5 million have 3G or 4G access. However, internet outages following the protests, allegedly initiated by Cuba’s government, have sparked concern. The Biden-Harris administration does not need to start at square one. The Administration should re-examine the 2019 Cuba Internet Task Force recommendations, including facilitating the export of telecommunications equipment and infrastructure, promoting technological literacy and digital safety education, promoting exchange programs, and empowering local, organic, network growth. Though the telecommunications environment has changed, many of the challenges and opportunities remain the same. It is important that Cuban citizens themselves have both access to and autonomy over their internet. Efforts to weaponize the internet, to use it for the spread of disinformation, or to censor it by any government should not be tolerated.

“Additionally, the Administration should expedite its review of restaffing the U.S. Embassy in Havana and reinstating consular services, including visa processing and the Cuban Family Reunification Program. Regardless of future actions on the part of Cuba’s government, a fully staffed embassy will allow the U.S. to provide critical support to Cuban civil society, monitor the situation on the ground, initiate a human rights dialogue with Cuba’s government, and advocate against arbitrary detentions.

“The policy of hostility and isolation is not improving democracy or human rights on the island; rather, it is politicizing a humanitarian crisis and distracting from dynamic and actionable solutions. In order to remedy the inherent disconnect between supportive messaging and punitive policy in the Administration’s response to the current crisis in Cuba, the Biden-Harris administration must change the role that U.S. policies and sanctions have in contributing to the crisis by pursuing a policy of engagement. Engagement is the best way to alleviate the hardships faced by the Cuban people, advance U.S. interests, offer an opportunity for dialogue and cooperation on a wide range of issues, from human rights to national security, and to allow the necessary conditions for Cubans to determine their own future.

“Pursuing a policy of engagement and removing the current counterproductive policies that only serve to compound hardships faced by Cubans, would allow President Biden to stand with the Cuban people while continuing to condemn any repression of human rights in Cuba. It’s time for the U.S. to support the Cuban people in both spirit and in practice.”