Cubans Are Not Terrorists… Duh! 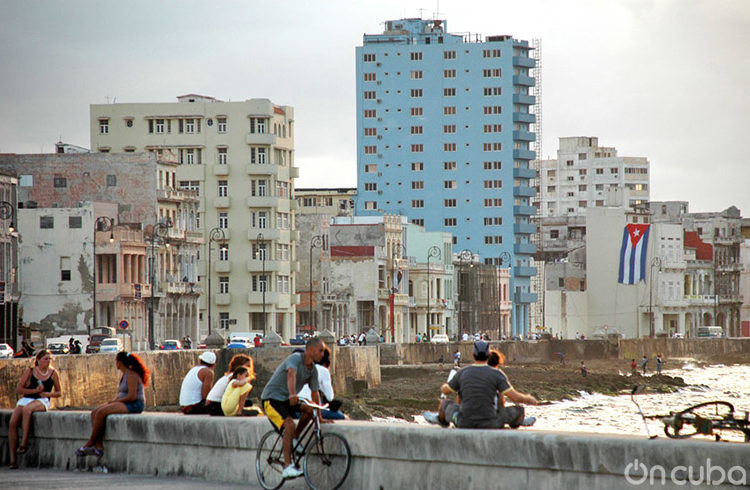 It took some time, effort and resources, but the U.S. government has finally come to the long-sought conclusion: Cuba is not a terrorist country.

The verdict, reached by the Department of State last week, was handed to President Obama, who, in turn, has set in motion the last part of a process that will most likely end with Cuba’s removal from the infamous list.

Now Congress has 45 days, counted from the date of receipt of the president’s report on Tuesday, April 14, to enact a joint resolution, should it want to prohibit the rescission. Although that course of events is not likely, it is still a possibility. In that case, President Obama could veto the resolution, to which Congress could reply with more attempts at overriding the veto.

Cuba has been on this list for 33 years. It was included in 1982 for advocating, “armed revolution as the only means for leftist forces to gain power in Latin America (…) and playing an important role in facilitating the movement of men and weapons into the region,” according to a CRS Report.

The way the list works makes it very difficult for countries to get off it once included. The Department of State is not required by law to periodically reassess these designations, and countries may remain blacklisted for a long time, even when the alleged reasons for their inclusion cease to exist.

“We’re completely cognizant of the fact that the circumstances change over time, and we do undertake reviews from time to time as we are called upon to do it or as we feel there is a rationale for so doing,” said an unidentified senior administration official at a tele-conference with the press.

But these routine reviews don’t normally lead to changes of designations, like in the case of Cuba, that was included in successive reports over the years.

The most recent of these general reviews, 2013, states: “There was no indication that the Cuban government provided weapons or paramilitary training to terrorist groups.” However, Cuba was kept as a sponsor of terrorism in that round too, its worst crime being its role as a host for peace talks between FARC and the government of Colombia.

The opportunity for a more detailed and fair assessment of Cuba came in December 2014, when President Obama asked the Department of State to launch a review of this country’s designation as a state sponsor of terrorism, in connection with U.S. interests to re-establish diplomatic relations with the island nation.

The DoS was given six months to put together a report with their findings. It was ready four months later, precisely one week before the Summit of the Americas, where Obama and Castro held talks.

“The process was extremely rigorous,” explained another official in connection to the long time taken by the DoS to assess Cuba’s designation. “It was done with every caution and every care to ensure that we looked at as much information as possible and that we took everything into account.”

The same official explained at the press conference that the report sent to the White House reflects that the world has changed, in particular in Latin America and Cuba. “Now we felt that it was time to make this recommendation based on the particular criteria of the law and the assurances that we have gotten from the Cuban Government,” he added.

The law requires that, in order to be rescinded from the list, a country must not have provided any support for international terrorism during the preceding six-month period.

As to the kind of assurances provided by the Cuban government and how those had been communicated to the DoS, another senior administration official told the press that the main sources for this had been public speeches by Cuban leaders, the endorsement of international treaties, and direct assurances.

“The Cubans have for a long time shown us many, many speeches by their leaders, both Fidel and Raul, in which they have rejected terrorism,” said the official, “many instances, in fact, of terrorist acts that they have decried publicly, the latest probably being the Charlie Hebdo incident in France. And in terms of commitments for the future, they point to both statements by their leadership and ratifications of international treaties.”

Another official at the press conference added that the assurances directly provided by the Cubans regarding their commitment not to support acts of terrorism in the future were “fairly wide-ranging and high-level,” which is another important component of the evaluation.

If Cuba ends up being removed from the list when the 45-day period is up (end of May), it would be exempted from the sanctions that come with the state sponsors of terrorism designation.

The four main categories here include restrictions on U.S. foreign assistance, a ban on defense exports and sales, certain controls over the exports of dual-use items, and miscellaneous financial and other restrictions.

However, other economic sanctions would still be in place, as they are not related to the terror designation. Most transactions involving Cuba or Cuban nationals, for instance, are prohibited by OFAC’s Cuban Assets Control Regulations, and depend on the authorization from the U.S. Treasury.

This poses a major obstacle to U.S. plans to regularize relations with and travel to and from Cuba, given the difficulties Cuba’s interests section in Washington, D.C. faces to find banks willing to manage transactions that involve the island –and could therefore lead to fines.

For now, the interested parties, but especially Cubans living on the island, hope that the U.S. Congress lets this one slide, as it should.

NY's Governor Is in Cuba