nieves
in Tourism in Cuba
0 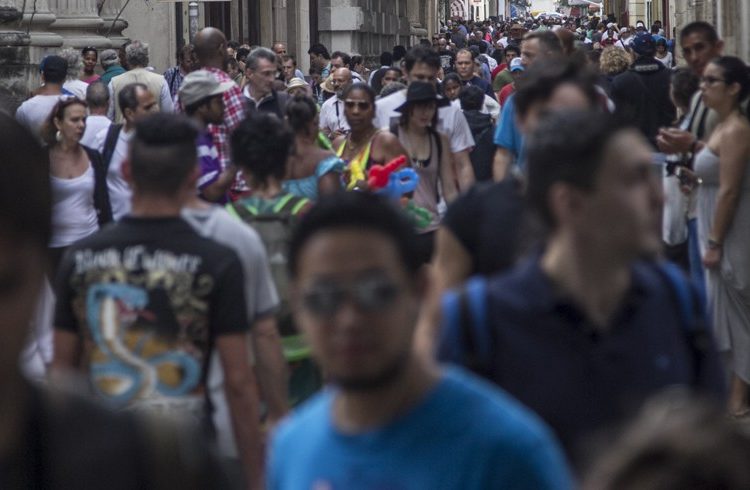 Although the end of the high season for Cuban tourism is near, renting a room in a hotel in Havana right now is extremely hard, if not almost impossible.

The large number of tourists that have visited the city over the last four months has put the accommodation capacity of local hotels to the test -revealing a sort of preview of what could happen if an avalanche of American tourists arrived in the country following the end of travel restrictions someday.

OnCuba found that only a few rooms are still available in some of the city’s main hotels.

“If you want a room, hurry up and make your reservation right now,” said a saleswoman at an eleven-room hotel of the Habaguanex Company, on San Ignacio Street. “Old Havana hotels are almost sold out.”

Hotels are constantly receiving tourist groups from all over the world. Many of these visitors are coming to explore business opportunities “before everything changes”.

The number of Americans that visited Cuba between January and February 2015 increased by 24% (some 21,000 more) in comparison to the same period of 2014 –a trend that doesn’t seem to have slowed down from February to date.

This situation is not limited to Havana. In Cienfuegos, a province in the south-central part of Cuba, the Jagua Hotel is completely sold until May.

It’s not hard to realize that the number of American tourists visiting this city has gone up. Not long ago, only two or three groups would visit the Marti Park, the sea promenade and Punta Gorda Beach once a week. Now those groups come every day.

The wave of American tourists may be benefiting the network of private bed & breakfasts (locally known as “casa particular”) also, which only in Havana amount to over 10,000 rooms.

That is still to be confirmed though. Although Airbnb found a creative way to connect potential American clients with over a thousand Cuban private B&Bs, most American visitors have been travelling as part of groups, and the organizers of those travel packages prefer big hotels, for operational advantages.

“The only American we have had in 17 years came on his own through Mexico,” said the landlord of a B&B in the Havana neighborhood of Vedado, Sixto Pérez.

“Those tourists are not knocking at our doors yet,” said his wife, Maria del Carmen Mesa, who also added that the number of clients this year has been higher. “Normally, things slow down after Easter, but not this year.”

This unusual demand has set a new record number of visitors: the one million visitor mark was reached 11 days earlier than last year.

The opening of the U.S. market could prove decisive for Cuban economy. Several analysts agree that, when restrictions are lifted, over 1.5 million Americans will visit Cuba per year.

Experts are speaking of two future stages for when that moment comes: a first big wave of American tourists travelling to the island, mostly moved by curiosity; and a decrease in the number of visitors after that, brought about, in part, by the disappointing quality of the tourist industry in Cuba.

None of this has happened yet, but we could be witnessing the first signs.

NY’s Governor Is in Cuba

NY's Governor Is in Cuba