It would seem the two leaders are the ones who best represent their countries’ civil societies, those that wish to put an end to a confrontation that has been going on for more than fifty years, a toxic residue of the Cold War.

The joy on the streets of Cuba on December 17 could not be concealed, and surveys conducted with US citizens and Cuban Americans reveal widespread support for the normalization of relations and civilized debate between the two countries.

So, who do these two groups that showed up in Panama on behalf of “Cuban civil society” – and ended up making a spectacle of themselves through provocations, insults and brawls, a spectacle that went around the world and tarnished Cuba’s image – actually represent?

The leaders of official civil society organizations (selected on the basis of criteria I am unaware of) went on Cuba’s behalf. If anything is clear, it is the fact they do not represent the spirit of the majority of Cubans, even though they are institutional representatives.

When the Cuban press celebrated their attitude, I thought that, as a foreigner, I had perhaps misread the situation. In the days that followed, however, I didn’t come across a single Cuban, not even among important communist intellectuals, who supported the exchange of kicks and blows.

The way Cuba’s official civil society delegation walked out of the debate made a negative impression on many. Francisco Rodriguez, a journalist for the Cuban newspaper Trabajadores, summarized the feelings of many on social media: “If I believe I have the right to be somewhere, nothing and no one should make me give up that right (…)”

The only people who spoke in favor of the brawl were those interviewed for the Cuban news, and the result of that was counterproductive. One of my neighbors commented that “because of that street shindy, they cancelled the soap opera that day.”

The presidents of Cuba and the United States were the ones who best represente the spirit of their countries’ civil societies.

Some have gone as far as comparing the altercation in Panama with the Bay of Pigs battle. If the press is in need of heroes, I suggest they look for them among health workers who travel across the mountains of Pakistan and the jungles of Guatemala – or risk their lives in Africa – with nothing but a backpack.

The Miami side wasn’t exactly beyond reproach either. One of their “civil society” representatives was Felix Rodriguez, a man who lived most of his life outside Cuba and worked for the intelligence services of a foreign power.

The worst of the worst was showing up in Panama with photos showing him next to Luis Posada Carriles, who was detained and convicted in that country after planning to dynamite the Ibero-American Presidential Summit of 2002.

It’s hard for me to understand how Cuban dissidents, the same ones who claim to use peaceful means of struggle exclusively, can appear at an international gathering next to individuals who have employed violence their entire lives.

If their aim was to get their counterparts worked up, they were entirely successful – despite the obviousness of the maneuver. At any rate, no one benefited from it. In the end, the image people saw around the world was a street brawl among Cubans.

In contrast, at the same Summit, Presidents Barack Obama and Raul Castro presented themselves to the world as two people capable of exchanging opinions, even on issues they know they disagree on.

What’s more, during the Summit, Barack Obama met with Cuban dissidents and Raul Castro offered full support to Venezuelan President Maduro, directly condemning Washington’s decree against Venezuela. This did not stand in the way of their private meeting or of shaking hands in public.

They have the support of the majority of US citizens, émigrés and the Cubans on the island. Common folk, those who do not wish to foist their ideas on anyone, those who are capable of coexisting with people who think differently, those who do not believe themselves the sole guardians of the truth, support them.

Those are the people who have built a continent capable of negotiating conflicts as old as the civil war in Colombia and the Cuba-US conflict. In this regional context, it is politically suicidal to proclaim: “we do not negotiate with our enemies.”

If dignity is what we’re talking about, no one showed more of it than the widow of a man who was murdered during a protest in Venezuela, who debated with the wife of the politician who organized those violent demonstrations before the cameras. She was able to express her opinion with the passion of grief but with decency and respect. 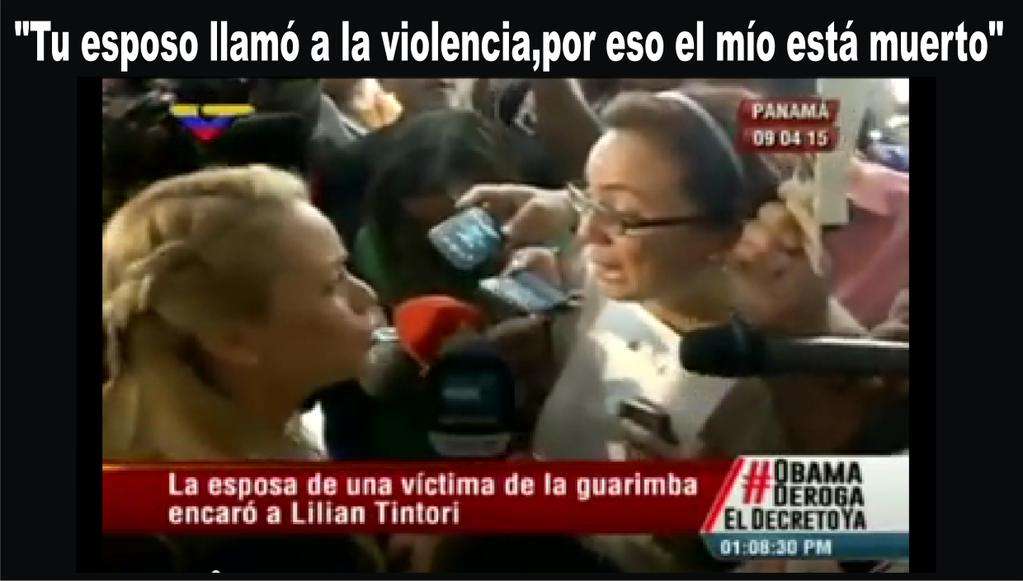 Cubans Are Not Terrorists… Duh!

Cubans Are Not Terrorists... Duh!