Houston mayor: we want to be ready when the embargo is lifted 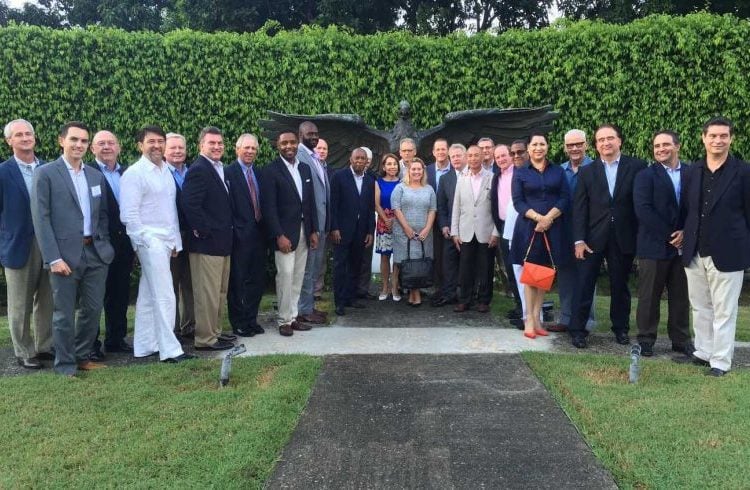 Sylvester Turner and his delegation with Jeffrey DeLaurentis in Havana. Photo courtesy of interviewee.

In late September Houston Mayor Sylvester Turner made a three-day visit to Cuba to explore collaboration opportunities in the areas of energy, health, sports, energy, commerce and art.

Hours before the UN voting on the blockade and only days after President Obama made public another package of measures to make more flexible bilateral relations with Cuba, we talked with Mayor Turner about his trip and the future of relations between the island and Houston, Texas.

“Hopefully, our visit will convey just how important Cuba is to Houston and Texas,” said the mayor to OnCuba. “We know there are a lot of things happening between the White House and Cuban leadership that will take care of themselves.  In the meantime, I want the people of Cuba to know we are eager to begin building a relationship.  We have a lot to learn from one another.  This trip was about beginning the dialogue.”

Taking into account that the port of Houston is one of the closest to Cuba, is there already any attempt to connect it to the Mariel Special Zone? Will it happen in the near future?

Two Houston port commissioners were part of the 30-member delegation that visited Havana last week.  The U.S. and Cuba are natural trade partners, especially in the area of U.S. agricultural exports….

It is estimated that shipments between Texas and Cuba will increase to $18.8 million.  These exports to Cuba would have a total economic impact of nearly $43 million.

Cuban imports from Texas include oil, machinery, automobiles, iron and steel.  The Port of Houston would likely be a major benefactor of this increased activity.

How much business can Cuba and Houston carry out despite the economic restrictions?


Houston is one of the U.S. cities connected with Cuba by regular flights. This will probably contribute to raise the interest for Cuba among your country’s citizens. Would your community demand the lifting of the Cuba travel ban?

As noted above, there are many conversations underway at levels well above my pay grade.  My goal is to develop the relationships that can be beneficial to both Houston and Cuba when those conversations lead to more policy changes.


As you know, Republican nominee Donald Trump recently made some comments in Miami that if he were elected he would roll back president Obama´s attempt to normalize relationship with Cuba. What are your thoughts on that?

If I didn’t believe in normalization of U.S.-Cuba relations, I would not have led the trade mission some weeks ago.  Houston prides itself on being a welcoming, international city.  We are the most diverse city in the nation and one in four Houstonians are from somewhere else.  We are a city of immigrants that is always reaching out to the rest of the world.

FIHAV 2016: with the United States and against the embargo

FIHAV 2016: with the United States and against the embargo