The particular contexts of each migratory flow have been marked by the U.S. factor; by the social, economic and internal political dynamics; and by the state of Cuba’s international relations at the time. 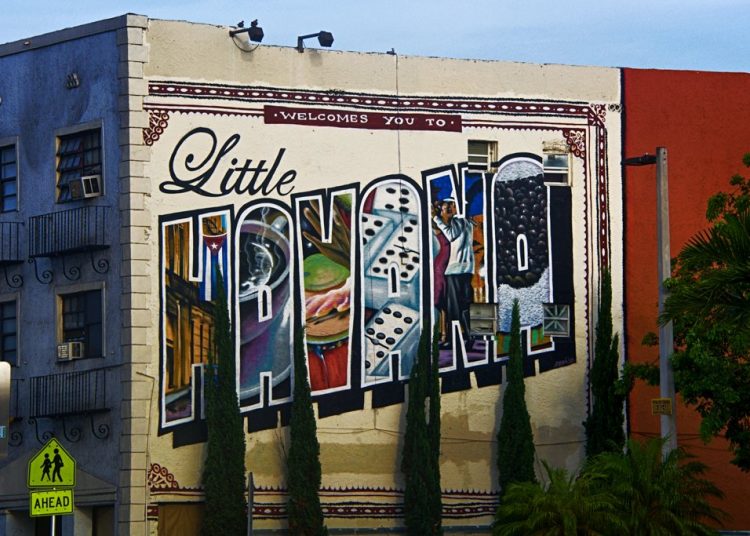 This series of articles, dedicated to analyzing the social composition of Cuban emigration, and its contexts, has so far examined the waves between 1959 and 1980. The figures reveal great differences in that composition, as has occurred in the successive waves since the 1990s until today. It is evident that the origin of class and the factors of emigration had already changed in the early years of the 1970s, and they were different since Mariel.

The particular contexts of each flow have been marked by the U.S. factor; by the social, economic and internal political dynamics; and by the state of Cuba’s international relations at the time. These factors have determined that emigration has been increasingly resembling Cuban society, in almost all aspects. Without these factors and these differences, it is not possible to understand the migratory flows — or anything.

The prevailing common sense, not only on the street, but among observers of “the Cuban situation,” tends to understand the present apart from that history, in the same way that it dispenses with an approach compared with other countries and regions. The migratory phenomenon — and everything else — is perceived as if it sprang from a world created yesterday and inhabited only by Cubans. Understanding these flows as part of the long cycles of Cuban history requires a brief examination of some salient features of Cuban migration over a 150-year span.

The “golden age” evoked by some as “Cuba, country of immigrants,” appears identified with periods of prosperity and well-being, when foreigners and Cubans preferred the island, instead of seeking their fortune elsewhere. This linear vision has the disadvantage of not explaining the complexity of the phenomenon and its place in the life of the country.

If the times of high immigration rate are sought (number of immigrants/total population for that year), it can be seen, for example, that there were spikes in 1817 and 1861; as well as between 1900 and 1930. That high immigration in the 19th century corresponded to nothing more than the forced entry of enslaved Africans and semi-enslaved Chinese; as well as in the 20th century, with the deep crisis that expelled hundreds of thousands of poor farmers from Spain, and with the arrival of tens of thousands of Caribbean people to cut cane and pick coffee.

This linear vision ignores the fact that the reception of immigrants has coincided with cycles of emigration, such as those that characterized the departure of Cubans to the United States in both centuries.

Since the Thirteen Colonies, commercial exchange, political conflicts, domestic interests and rivalries between European powers linked Cuba and the United States, and involved flows of people. Landowners, merchants, university students, doctors, religious people, and musicians left the island for New York and New Orleans throughout the first half of the 19th century. As the investigations of Jerry Poyo and Lisandro Pérez have shown, this flow accelerated and diversified with the wars of independence. Over time, its impact on the social structure of Cuban exiles transformed the pattern of the Cuban elite settled in New York, expanding it to popular sectors, especially cigar makers, such as those that would characterize Key West and especially Tampa at the end of the independence wars.

Although the sugar boom had doubled the island’s population in barely a third of a century (1827-1861), the beginning of the wars of independence would reduce that growth to only 16.8% in the following 26 years (1861-1887). Finally, in the last twelve years of the 19th century, the net population of the island decreased by 3.24% compared to 1887. The census carried out by the U.S. occupation army in 1899 showed a total of 1,572,797 — although according to other sources, the total population could have dropped to 1.2 million or less.

According to the U.S. Immigration and Naturalization Service, during the wars (1869-1900), 58,400 Cubans, most of them workers, had emigrated to Tampa, Key West, New York, New Orleans. The question is: what happened to those Cuban émigrés when independence was achieved?

According to the Cuban census of 1907, in the early years of the century, the population of the island would grow by more than 30% and would exceed 2 million. In that period, the birth rate skyrocketed, as did immigration. The movement of incoming passengers up to that date exceeded 300,000 people, 124,000 from the United States, including 11,000 Americans. However, in that same period, the departure of 125,000 travelers to the United States was registered.

So, in the middle of the cycle of immigration that the island experienced, between 1900-1930, the emigrant tide did not stop. In the first two decades of the 20th century, almost 70,000 Cubans emigrated to the United States, more than in the three decades of the struggle for independence, driven not so much by political reasons, as in the 19th century, but rather by work reasons.

Although it may seem paradoxical to those who associate emigration with the crisis, during the Machado dictatorship and the revolution of 1930, despite the increase in political exile and the famine that accompanied the Great Depression of 1929, emigration to the United States fell noticeably. And it is that in the year of the fall of Machado, there were more people leaving the United States than the island, for the same reason. So the economic factor of migratory attraction has always had a decisive weight. In contrast, during the World War II and postwar years, the flow to the United States became rampant.

Indeed, between 1940 and 1960, more than 105,000 Cubans arrived as immigrants in the United States. In the last decade before the Revolution, without the economy collapsing, the emigration wave grew 200% compared to the previous decade. This flow was due to political expulsion factors, as in the case of those who evaded the repression of the Batista regime, but above all due to economic attraction, in particular access to jobs and a higher level of income which Cuba was not going to offer them in no way. In 1960, according to the census, 163,000 Cubans lived in the United States, more than twice as many as in 1950.

As a summary of the above, from the wars of independence to the 1959 Revolution, more than a quarter of a million Cubans emigrated to the United States. The vast majority of them would not return to reside permanently in Cuba.

When it comes to emigration, some differences must be made. The first is that bringing together those Cubans born in Cuba with their offspring in the United States, to the point of putting them in the same bag, is like adding mameys and peaches. The U.S. censuses are very clear about this, not only with Cubans, but with all immigrants. Cuban Americans from Miami, Chicanos from Los Angeles, children and grandchildren of Irish or Portuguese from Boston, Italian Americans from New York, born and raised in the United States, are just as American, not only legally, but culturally, as the descendants of the pilgrims of the Mayflower. Their parents and grandparents born in other lands are immigrants; they are not.

For example, census figures indicate that right now there are 1.3 million immigrants born in Cuba; and a little more than 2 million Cuban Americans. The former, including the 60% who have become citizens, retain strong traits of the social structure and cultural identity of the issuing society. Those born there have habits, tastes, a certain level of language, acquired in their families of origin, but they share the social relationships, the mental references, the language, of the society where they study, work, imagine their future, as members of that nation to which they belong, and which is no longer the same as that of their parents.

As this complex question of “national identity” requires a separate analysis, to which I promise to return, let us finally return to our theme of emigration, to mark some differences.

Although the flows after 1980 are more similar to the issuing society, there are certain features and socio-cultural components that distinguish Cuban emigrants. One is belonging to a particular skin color group; the other, to a certain territorial origin. According to the census standards on the island, 36% of Cubans are black and mulatto; and 24% live in rural communities. Among Cuban immigrants in the United States, the proportion of black and mulatto people has been estimated at just one digit; and the farmers are conspicuous by their absence.

This bias is not a simple demographic data, but has implications for the analysis of the social composition of the flow, and of the migratory push and pull factors, before and now. Understanding them requires, once again, being able to explain the context in which they occur. Instead of seeing them as migratory birds or small seeds blown by the wind, which make their nests or germinate in other lands, and which are all the same. The human groups that emigrate are something else — even if it is about “Cubans.”