The secretary of state thus responded to a Granma attack in the sense that Chargé d’Affaires Mara Tekach has interfered in the internal affairs of the country and helped “mercenary” opponents. 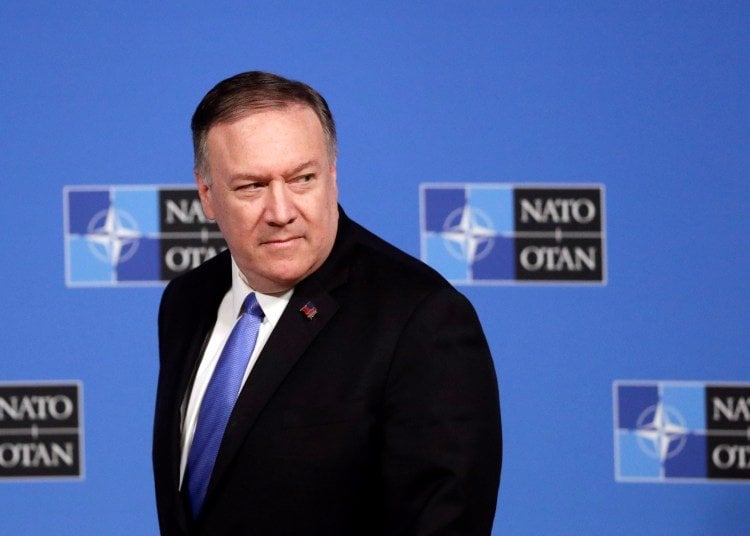 U.S. Secretary of State Mike Pompeo made a passionate defense of the highest U.S. diplomat in Havana after the Cuban government accused her of interfering in the country’s internal affairs by meeting with opponents.

“Our Chargé d’Affaires and her team at the U.S. Embassy in Havana remain steadfast as they carry out the President’s mission to defend human rights and advance the cause of democracy in Cuba,” said the secretary of state in a press release referring to recent criticism of Chargé d’Affaires Mara Tekach.

According to Pompeo, the Cuban government “has launched these baseless allegations against her in an attempt to distract the international community from its abysmal treatment of the Cuban people, especially the ongoing arbitrary detention of dissident Jose Daniel Ferrer.”

In his opinion, the Cuban ambassador to Washington, José Ramón Cabañas, “enjoys freedom of expression here in the United States and uses it to publicly criticize our government.  We only wish other Cuban citizens, including the over 100 other political prisoners currently incarcerated by the Cuban regime and the hundreds of other dissidents subject to official harassment, could enjoy that same right to freedom of expression and the ability to criticize their own government in Cuba, as they could if Cuba honored its international human rights commitments,” Pompeo emphasized.

For the head of U.S. diplomacy, his country’s officials have an obligation to report human rights violations “throughout the world.” It is, he said, what is expected of them.

The secretary of state was referring, in particular, to an article published recently by the official newspaper Granma, which accused the United States of being behind a denigrating campaign regarding the arrest of Ferrer, accused of an alleged assault against a member of UNPACU, an entity he presides over in the eastern provinces of the country. He is accused of being a “salaried agent serving the United States with a long history of provocative actions against public order and legality.”

“It is known that far from dedicating itself to the promotion of bilateral ties, to watching over the interests of the U.S. people and their government, and to promoting peaceful relations between the states, the diplomatic mission of that country in Cuba, particularly its chargé d’affaires, have focused in recent months on the failed purpose of recruiting mercenaries, promoting division and confusion among our people, identifying areas of the economy against which to direct coercive measures, and trying to slander and discredit the work of the Cuban government and the Revolution,” affirmed Granma.