Disorder reigns when there are regulations divorced from reality and that are not accompanied by a moral imperative that incites compliance. 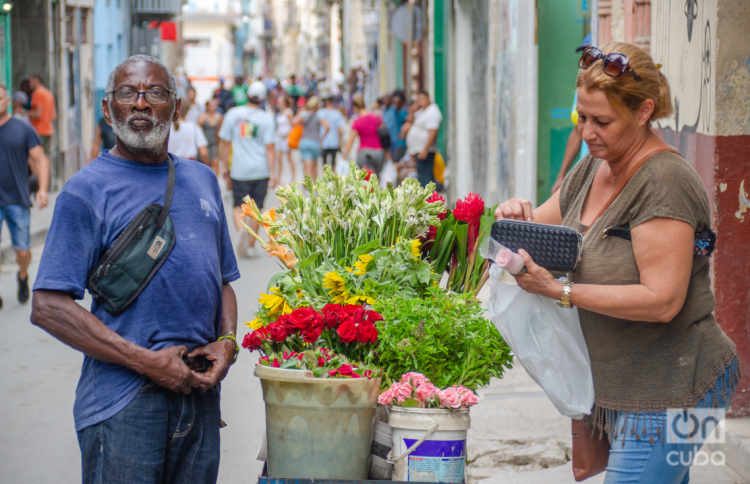 “Nobody likes to pay taxes.” That was the reply that a public official used to refute what I told him, during a discussion we were having, about tax evasion and underreporting among private workers and that these were largely due to the deficiencies of the current regulatory framework. I tried to explain, without success, that greed and disrespect for legality were not the only explanations for the fiscal indiscipline that abounds today in the private sector.

The tax system applied to private work would seem to not have as the main purpose to collect financial resources to later redistribute them, but to limit the growth and development of the private sector in Cuba. Why? Because the current tax regulation has two congenital defects, totally unnatural for the business world and that only leave two options: to keep you as a small business or to grow at the expense of starting to violate what is established and having a bad ending. As some friends, half sarcastically and half seriously, told an entrepreneur colleague who was celebrating with them the expansion of his successful restaurant. “Congratulations, your end is near.”

The first defect is that the level of expenses that can be had, and consequently to be used to deduct from the taxes payable, does not correspond to reality, to the prices of raw materials, equipment and supplies. No, the expenses were “centrally” established. To cite an example, a business dedicated to repairing buildings can only deduct 40% of its income when paying taxes. But the reality is that the same business has much higher expenses than those established by law. And if the law says so, you, an entrepreneur, have no choice but to accept it or respond to that deception with another deception. And so begins an endless race of deceptions where everyone lies: the authorities, believing that with that mistaken policy a business can be profitable and the private worker, who has no choice but to deceive them because the levels of expenses can’t be parameterized and, in the end, it’s impossible to work to just pay taxes.

If we put ourselves in the shoes of the government, it is clearly understood that in 2010, when Self-Employment was resumed, there were no wholesale establishments to stock up and that could serve as the “justifying” provider of 100% of the expenses in which the businesses would incur. Therefore, as a temporary solution the “parameterization” made sense or at least was the fastest solution. However, due to these shortcomings the informal market, purchases from “private importers” or the buying-selling between persons became vital for supplies and they started playing a considerable role in the business expense structure. These expenses, obviously, cannot be deducted from the ONAT (National Bureau for Tax Administration), nor, by the way, can the bank be told at the time of requesting a loan that it will be used to purchase the necessary supplies to work for Revolico.

But almost 10 years have passed since that day and wholesalers and the ability to make imports on a commercial basis still don’t exist. All this has led to the fact that what is taxed is the gross income of businesses, where the expenses are implicit when the really fair thing would be to tax profits. In a certain way, they end up paying taxes not only on income but also on a part of the expenses since the amounts authorized to deduct do not respond to the reality of the business but to a bureaucratic regulation.

The second defect that leads to underreporting is the existence of an unfair progressive scale used to determine the taxable base that requires the payment to ONAT of 50% of each peso that is earned starting at 2,000 CUC or 50,000 Cuban pesos, once the authorized expenses are deducted. These figures are extremely low since a discreet business that sells on a crowded corner Cuban food in cardboard boxes at 30 Cuban pesos―and note that we do not take as an example a luxurious paladar in Miramar―can in a month easily earn higher income than those figures.

This low threshold is unbearable for many businesses and makes it difficult for them to stay open. If this is also added to the irrational tax for the use of the labor force, when it should not be taxed because it jeopardizes the creation of jobs, the temptation to underreport is truly unbearable for many.

The obligation to pay taxes through this progressive scale shows that for the Cuban authorities to collect more than 2,000 CUC a year is a scandalous fact and that this “excess” of wealth must be collected to redistribute it among society.

Both defects cut the desire of Cuban entrepreneurs to grow.

But beyond these highly technical considerations, there is a political one that is very worrying for the country’s institutionalization, without which there will be no progress. There is little confidence in the entities with which private workers are related to in their work. In addition, skepticism prevails in the face of each announcement of new regulations, controls and mechanisms. And with distrust and skepticism you don’t get anywhere.

A recurring question and affirmation are used as justification by some of those who underreport: Why pay taxes if in the end the authorities don’t support me, they put obstacles in my way all the time, they don’t listen to me and I don’t have the slightest idea of where my money goes?

The ONAT has been perfecting its methods and every day will be more like any of the homologous institutions in the world, aided by the implementation of mechanisms that will gradually eliminate the cash economy in Cuba. This is positive to face phenomena and cases that must be faced with determination but that will not bring the necessary order to these problems because the causes I mentioned have not yet been addressed.

Appealing to legality will not be enough because disorder reigns when there are regulations divorced from reality and that are not accompanied by a moral imperative that incites compliance.

Despite everything, like many entrepreneurs who want to carry out their activities in the strictest legality, I like to pay taxes because it makes me feel that I contribute to sustaining what is good for my country. But since the deputies to the National Assembly are preparing to supervise Self-Employment, as they announced in the last session of the Cuban parliament, it’s time that this phenomenon is addressed to bring fair order to the payment of taxes in Cuba and that it is guaranteed that whoever violates this important citizen duty cannot use absolutely no justification based on irrational and absurd regulations.