Although many have not approved the “credible fear” hearing, the authorities don’t release them so they can appeal their cases because they want to deport them as they see fit. 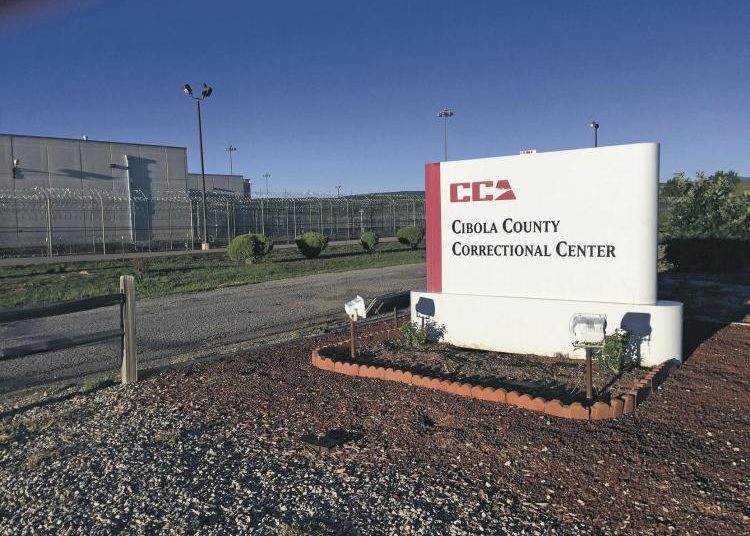 The ICE correction center in Cibola County, New Mexico, where the Cubans are isolated. Photo: ICE

The hunger strikes by Cubans who are in the process of deportation have intensified in recent days. This time they are about 12 Cubans who are confined in the Cibola County Correction Center, in the city of Milan, New Mexico.

The reason for the strike is that their requests for political asylum have been denied and the authorities have included them in a process for their deportation to the island. As a result of this strike, two of them told local media, the prison authorities have put them in punishment cells isolated from the rest of the prison population.

“We are not criminals but they keep us prisoners. We are threatened with death if they take us back to our country, they will have to bury us here, they will have to cremate us here,” said Cuban Juan Carlos Peña Pavón, 51, who is being held in the Cibola center after passing nine days in an isolation cell.

Peña Pavón is part of a group that has starred in similar protests in another prison, in the city of Chaparral in the same state, and even two of his cellmates have attempted suicide, the newspaper The New Mexican reported.

Although the prison authorities persist in treating them that way, New Mexico Governor Michelle Luján Grisham has demanded that the Department of Immigration and Customs Enforcement (ICE) stop this “inhuman treatment” in the correction centers that belong to her government. But prison authorities have ignored the governor’s protests and the ill-treatment has intensified, the Cuban said, which is why at least 12 of those in solitary confinement have continued on their hunger strike. “We are in this, if they do not pay attention to us we will die,” said Peña Pavón.

The governor emphasized that like many New Mexico residents, she is outraged by the conditions that exist in prisons because of the repeated confinement in the isolation cells of people who only aspire to political asylum, and added that all these complaints are indications that the situation is reproduced in other prisons and the federal government should prevent such abuses.

On the morning of this Wednesday, the ICE office in New Mexico declined to comment to OnCuba. Instead, it directed that the comment be requested from the jail authorities but no one answered the phone.

Although Peña Pavón and another Cuban named Luis Valladares Oliva have gone before an immigration judge, who denied their asylum requests, human rights activists have indicated that the authorities should release them so they could find a lawyer to lead the process of appeal since the hearings so far focused on determining if Cubans have “credible fear” of returning to their country and, technically, have not yet received a deportation order.

But, “they don’t do it because they want to deport them as they see fit. They are running the risk of spending a lot of time in prison until they are put on a plane and deported,” lawyer Ricardo Hampton Smith told OnCuba. The protests of Cubans in immigration prisons are not new since they have been reported for a year in the face of the increase in deportations and political asylum denials.

At the beginning of October, a Cuban from Pinar del Río, Roylán Hernández Díaz, 43, committed suicide at a Louisiana prison, where another 500 Cubans are waiting for immigration hearings or to be deported to their country. The case of Hernández Díaz is rare, because the man and his wife crossed the border five months ago through El Paso, Texas, and were arrested by immigration. However, the woman was released and the husband sent to the Louisiana prison.

In September, in that same prison, another Cuban, Osleivy Carnaval, 26, sewed his mouth after a judge denied his request for political asylum on the grounds that the young man did not have a “credible” reason to fear that he would suffer reprisals if he returned to Cuba. Anyway, despite his state, the young man ended up being deported to Cuba.

Since the beginning of Donald Trump’s presidency, last year deportations of Cubans increased to more than 800, partly due to an agreement signed in the last days of the presidency of his predecessor Barack Obama and the Cuban government. But also because the current administration has restricted the eligibility criteria for Cubans.

In addition, two months ago, the administration signed an agreement with three Central American countries that obliges all political asylum seekers, including Cubans, to request it first in the country they are in and only if accepted they will enter the United States.