American Airlines and JetBlue received the corresponding authorizations from the United States Department of Transportation. 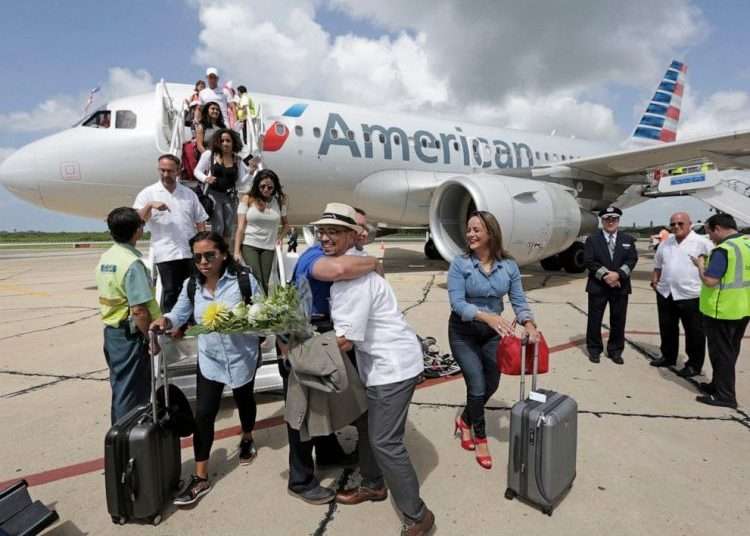 According to Aviationline, American Airlines and JetBlue have received approval from the United States Department of Transportation to increase their frequencies in their operations between that country and Cuba.

Last August, the two airlines requested the assignment of new frequencies for their services to Havana from their main points in Florida.

The note states that American Airlines requested two extra daily flights for its Miami-Havana route and that the Department assigned a total of 13 weekly flights.

The company, they announced, plans to start the new services 90 days after authorization.

For the next winter season, AA will have 97 weekly flights and an offer of more than 120,000 U.S.-Cuba monthly seats. It will then be the largest air operator in that market.

On the other hand, according to the note, the Department assigned the JetBlue line an additional frequency of its Fort Lauderdale-Havana service. Today that airline operates 19 weekly flights.

JetBlue proposes to start this new service as of December 17, 2022, adding an extra flight on Saturday and increasing its operation on this route to 20 weekly flights.

JetBlue offers a weekly New York-Havana flight on an Airbus A320.