The Bible was written in a superseded world, with institutions that are inapplicable today. The new Cuban Family Code will be submitted to popular vote this Sunday 25. 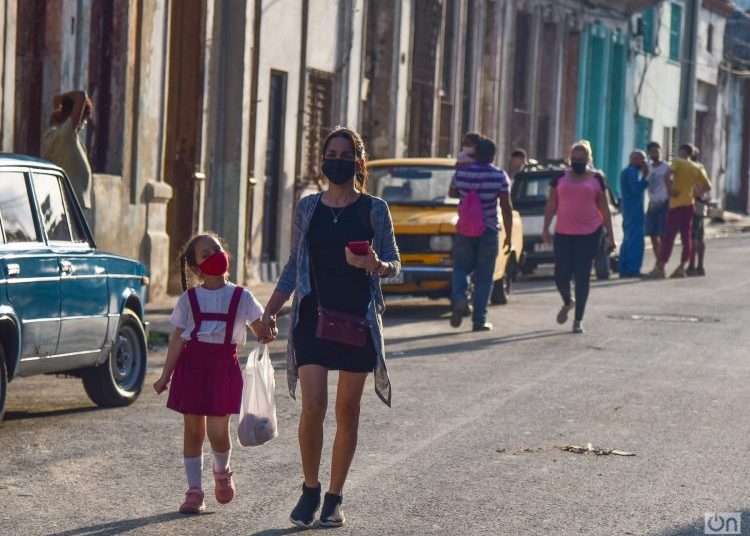 Less than a week separates us from the day on which the polls will be ready for the sovereign to decide, in a referendum, on the Family Code. Campaigns for Yes or No are being intensified. Arguments come and go. Among the repeated affirmations among those who vehemently bet on the No, is respect for the “original design” of the family. On the cultural meanings, also seen from its linguistic roots, of that statement and its implications in a 21st century Cuba, I talked, in a brief synthesis, with Douglas Calvo Gaínza, polyglot, philologist, philosopher, theologian, linguist, Greco-Latinist translator and professor of ancient Greek.

What type of family does the so-called original design postulate?

Respectable duty and right is to preserve the nuclear family (father, mother, offspring). However, affirming that this constitutes an “original design” arising directly from the Divinity, and not from human experience and need, contradicts historical data and common sense, as the roots of the words in dispute today demonstrate.

For example, “family” in Spanish comes from the Latin, famulus or “servant.” Why? Well, because the slaves were the legal sex toys of the slave family. Example: Hagar, that servant with whom the master Abraham had her son Ishmael, prototypically embodies the “family” — ancient servitude.

Furthermore, Abraham had other wives besides Sarah and Hagar. Because he had several “concubines” (Genesis 25: 6), of which we know one: Cetura (1 Chronicles 1:32). Certainly, if the father of the faith respected that supposed “original design” that God demands of us, then imitating him today would also imply implanting polygamy in Cuba, and also reviving slavery.

And there are plenty of similar biblical examples.

Two other words accompany the debates in question: marriage and guardianship. What considerations should we attend to regarding the origin of both terms?

What is presented today as “original design” is often simply “cultural design.” Specifically, a mixture of Jewish social traditions and the Roman Empire.

For example, in Rome the symbol of weddings was a veil that was imposed on the woman. Words still used today in Spanish are derived from the Latin word for “veiling” (nūbo), such as “connubio” (weddings), “núbil” (marriageable girl) and “nuptials,” and in the Christian church, heir to that Mediterranean-Palestinian culture, the woman was to wear a veil perennially (1 Corinthians 11:10), symbolizing the husband’s authority over his female property. And that is why the ladies were to keep quiet in public and ask their husbands about religion (1 Corinthians 14:33-35).

Here the nascent Church traces its socio-cultural environment. Going deeper: in Ancient Rome, women were always under the legal guardianship of a man (tutela mulierum), as they were recognized as being of inferior intelligence. Said legal guardian was either the husband or the father, and in order to free themselves from guardianship they had to have three children (ius trium liberorum). By the way, Paul also teaches: the woman “will be saved by begetting children” (1 Timothy 2:15).

Thus we come to the root of our word “marriage.” It is divided into two parts: “matri” which comes from the Latin for “mother” (mater) and “monio” which comes from a very old (possibly Etruscan) particle that indicated the act of “being something,” in this case, mother. The old marriage has nothing to do with marrying for love, but with the legal rights that a woman acquired by being a mother, since motherhood was women’s only occupation.

If the Christian women of today’s Cuba were to apply these standards to the letter, they would have to accept practices like these:

If a 21st century Cuban woman wishes to be married (even as a teenager) to whomever her father wishes, regardless of her personal feelings or preferences, and she wishes to follow all those regulations, she can do so, it is her right. But if other women do not want such a thing, at least she must respect them and not condemn them.

As for the “guardianship” or power of the father, it represents the absolute authority of the patriarch who can even have a disobedient son killed (Deuteronomy 21:18-21). A typical case is Lot, who offers his virgin daughters to be raped en masse by criminals (Genesis 19:6-8). Or also Jephthah, who either sacrifices or cloisters his daughter, to fulfill a religious oath (Judges 11:31). According to our Code under discussion, these girls would be protected from this harmful action, and such parents could be — fairly — deprived of their parental responsibility for thus risking the lives of their daughters (Article 191.g).

I prefer to be friends with my children, not their owner, a mutual love, more than a power of mine. Also, I understand that every blow to a child is defeat for the parents.

Is there only one type of family in the Bible?

There are multiple examples of non-monogamous families in the Bible. For example, if we speak of “original design,” how can we know that polygamy is not part of it, nor is it acceptable to God, if the Lord considered reputed polygamists like Jacob, David or Solomon to be saints?

But in addition, Hagar and Ishmael constitute a single-parent family (single mother with her child, not had in a legal married) that has the Divine blessing (Genesis 17:20, 21: 16-20). Also, remember Ruth and Naomi living together, even without being blood relatives. Also the cited 1 Corinthians 7:36-38 could be interpreted in Greek as two boyfriends who never marry, but constitute a spiritual family. In the genealogy of Jesus Christ there are illegitimate unions (such as David and Uriah’s wife) that God prospers with offspring.

Thus, there is basis for some flexibility in the Scriptures themselves.

But really, the Bible was written in a superseded world, with institutions that are inapplicable today. Even modern Israel has been forced to change many archaic customs, and today accepts same-sex marriage.

Nor can our churches literally apply those familiar biblical models, decontextualized. For example, the daughters of a father who died without male descendants could only marry men from their own tribe (Numbers 36). Where are the tribal genealogies of Cuban evangelical marriages? How will they comply with rules like this?

Lastly, we must point out the levirate marriage, in which a woman who was left a widow could not marry whoever she wanted, but with the brother of the deceased, to give offspring to the deceased (Deuteronomy 25:5-6; Matthew 22:23- 28). The story of Judah taking a wife for his offspring, imposing widowhood on her until her other son grew up, ordering that she be burned, etc. (Genesis 38) represents well those pre-modern customs, which today swirl against our Family Code, which establishes love as law.