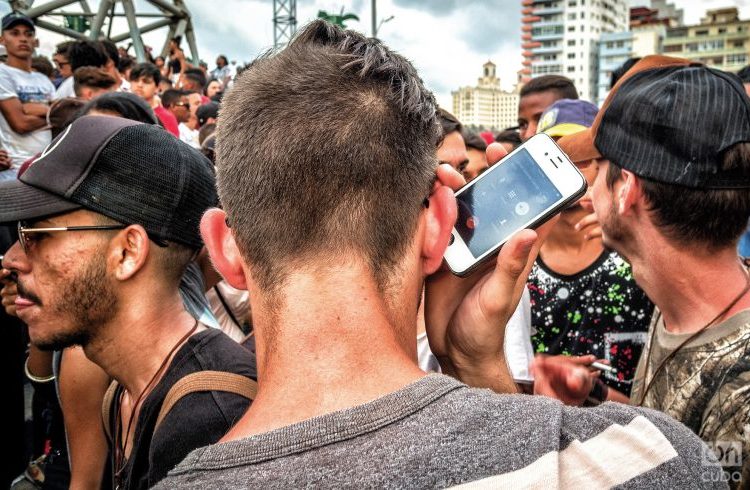 A game of chess on the street, a phone call that can be heard among the crowd, a trip on train on the way home. Daily lives of common persons in Cuba and the United States. Images like mirrors that discover what joins us despite the differences in culture and language. Mirrors, moreover, to look at ourselves and to redefine how much we have assimilated for decades what’s on “the other shore.”

When one leaves home to get to know other places, we bring with us the concern of understanding what is happening before our eyes. We have two basic budgets to achieve this: the surprise when faced with the difference and the exoticism of what goes beyond our capacity to understand or, on the contrary, the search for resemblances to our own world. The point of departure of the Common Places | Lugares comunes photographic project (Cuba-U.S. / 2014-2016) is the latter proposal.

It began before the 17D, before President Obama’s trip, before Donald Trump’s electoral victory. With these events, or without them, it would have existed anyway since it is born from a humanism that tries to transcend the differences exacerbated for decades from both sides of the Straits of Florida.

At a time when both peoples have the opportunity of reencountering each other, Common Places | Lugares comunes presents a world with no other measure of “up” or “down” than the height of the horizon itself. Without more “lefts” or “rights” than those that contribute a just balance. Without no other hierarchy than the proportions to achieve the balance. Without no other measure than the average height of millions of women and men who, beyond culture, language or climate, share the same sun and the same air. Common persons who, beyond how much may transcend them, wake up every morning trying to place bread on the table and procuring a better future for their children.