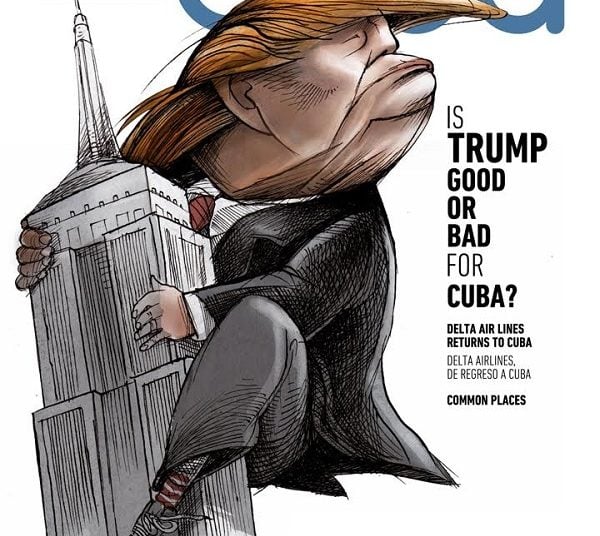 Cuba, to Your Health!

I love this time of the year. In my family we’ve always celebrated New Year’s Eve, more than any other festivity. For us it is undoubtedly the party of the year. The women try to have something new to wear; it was the day in which the entire family got together, from noon to the following day. A day of roast pork, congrí, cassava, sweet fritters, fried plantain, dominoes and beer.

I have so many memories of one and all the New Year’s Eves!!! Every year my father invented a different way of roasting the pork, and each year there was an accident. According to him, the time it came out the best was when the oven, right in the middle of the preparations, caught fire. The flames burnt the lemon tree and threatened with spoiling the day for the fire fighters from the Santa Catalina Station. We put out the fire by hosing it with water and we resumed the roasting. My father believes that that “heatstroke” gave the turbulent roast a touch of distinction.

In recent years, being the mother of two daughters, the New Year’s Eves were always so hectic for me that the festivity caught me without having bathed, smelling of charcoal and still in my flip flops. But in spite of the hustle and bustle, I have always tried to have a moment to think of the year that has ended and the one that is to come. I like to know that I’m going to close a cycle, especially because of the challenge of setting new goals for myself and imagining new dreams.

I close another complicated year, a year of changes, of hard decisions, of absences, of failures, put also of meetings, of reencounters, of new dreams, of efforts, of small and medium daily victories…, and of going after my own utopia a bit more.

It has been a year where two governments, that of Raúl Castro and of Barack Obama, have advanced in favor of the normalization of a relationship that seemed eternally irreconcilable. In this edition of OnCuba we analyze the new scenario with the election of Donald Trump as president of the United States.

From OnCuba, we urge the new government to not set back what has been advanced, to do what the majority of the Cuban and U.S. people wish; to have respectful relations between both governments, making it possible to have a greater interaction between historically, culturally and geographically close peoples. That, I am sure, will be among my wishes when at 12 on the night of this December 31 I look into the eyes of my daughters, think of the people I love and make a toast to Cuba.

Fernando Velázquez and His Utilitarian Ceramics Throughout the City