The governor of New Mexico, Michelle Lujan Grisham, asked acting U.S. Secretary of Homeland Security Kevin McAleenan to “take steps to ensure that any mistreatment at ICE facilities in the state ends immediately.” 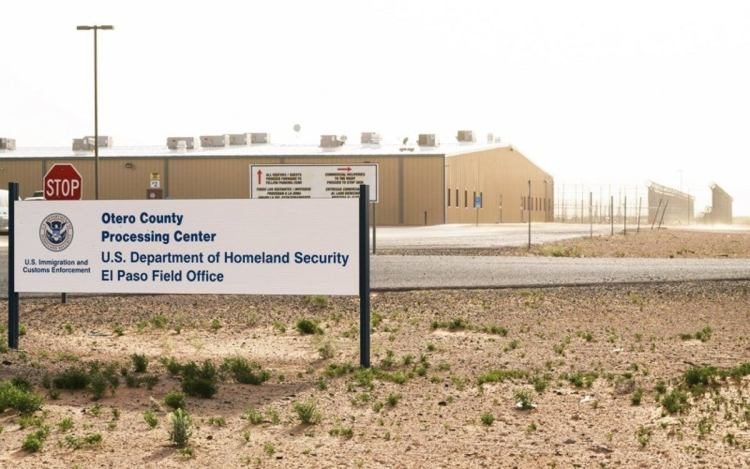 The governor of New Mexico, Michelle Lujan Grisham, requested an investigation from the U.S. Immigration and Customs Enforcement (ICE) based on denunciations of mistreatment at the Otero County Processing Center, where allegedly at least three Cuban immigrants have attempted to commit suicide.

Through a letter, Lujan Grisham asked acting U.S. Secretary of Homeland Security Kevin McAleenan to “take steps to ensure that any mistreatment at ICE facilities in the state ends immediately.”

Similarly, in another letter to the inspector general of the department, Joseph V. Cuffari, the governor asks that his office open an investigation immediately at the Otero center, after reports that “asylum-seekers attempted self-harm in despair over the cruel conditions in which they are held.”

In both letters, reviewed Tuesday by the Albuquerque Journal, Lujan Grisham writes: “These are not the first troubling reports about detainees in ICE custody at this facility and others in this state.”

María Martínez Sánchez, principal lawyer of the American Civil Liberties Union (ACLU), who denounced last week the “inhuman” treatment in Otero, told the EFE agency that she is “happy” with the actions being taken by the state, but says that more can be done to stop abuses in detention centers.

“We are happy with the governor’s announcement to demand that the federal government oversee these centers, but our state has the responsibility and ability to monitor what is happening inside these places,” she said.

Immigrant advocates and lawyers in contact with the detainees in the private facilities of this Center―located in the city of Chaparral―reported that three Cubans have tried to take their lives because of the ill-treatment.

On the other hand, an ICE statement confirmed two incidents that occurred October 12 to 13, in which Cuban men in their late 20s “attempted to harm themselves by scratching their wrists with their detention identification cards.”

The men were treated by the medical staff, and according to ICE, it was confirmed that “no dermal injury occurred.”

Several Cubans in the center have protested, but the protests only get them separated in confinement areas, claim activists and advocates who have had contact with the inmates.

The private contractor that runs the Otero County Processing Center, Management Training Corp., has a contract with ICE to manage four detention centers and 23 correctional facilities, according to the information on the company’s website. This Center houses more than 1,000 inmates.

Last month, after 75 days of hunger strike, that started at the Otero Center and which resulted in weeks of forced feeding by ICE, two men from India were released and now await a decision on their asylum cases

“We will continue with this case, sometimes the situations are so bad that they cannot be taken on only with a lawsuit, but with legislation and advocacy, we will work through the Congress representatives to improve this situation,” said Martínez.