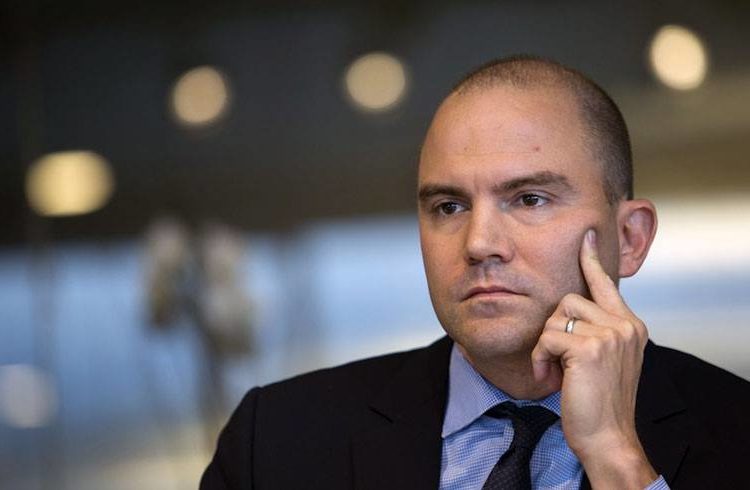 “President Trump is turning back the clock to a tragically failed Cold War mindset,” Ben Rhodes, ex-adviser of President Barack Obama, opined this Friday in an article published in the magazine The Atlantic.

Rhodes, one of the principal architects of the rapprochement to Cuba, pointed out that the changes the president would announce this Friday “will hurt ordinary Cubans, harm the image of the United States” and regretted that they are “ignoring the voices of the Cuban people and a majority of Americans just so that he can reward a small and dwindling political constituency.”

In his opinion, “While not a full reversal of the Obama opening, Trump’s actions have put relations between the United States and Cuba back into the prison of the past.”

Rhodes recalled the negotiations between both countries for the reestablishment of relations and the Vatican’s mediation. “A Cardinal said the world would be moved by this example of former adversaries putting aside the past,” he said.

Moreover, he highlighted Cuba’s place in the contemporary international image “from the Kennedys to the Obama era” and noted that for the developing countries, especially Latin America, it “has been a symbol of sovereignty and resistance” in the face of the United States.

In that sense, he criticized the policy followed for decades by U.S. administrations. “As a democracy-promotion vehicle, the embargo has been a failure,” he affirmed.

The former presidential adviser reviewed what had been achieved based on Obama’s measures to break with the past and questioned that the new Trump policy is motivated by a commitment to promote human rights. As an example he cited the president’s trip to Saudi Arabia, “a country ruled by a family,” and the million dollars’ worth of agreements for the sale of weapons.

He commented that the relaxing of trips to Cuba brought about an increase of visitors from his country, who “brought new ideas and more resources directly to the Cuban people,” while “U.S. technology companies like Google took advantage of the opening to forge new agreements, including one that enhances access to the Internet for Cubans.”

Rhodes recalled that the opening to Cuba favored the growth of the island’s private sector, which has represented “both an improvement in their quality of life, and in their human rights, as they are no longer reliant on the state for their livelihoods.”

In addition, he celebrated the successes of bilateral cooperation between “two governments that once plotted how to undermine one another,” on issues like the struggle against drug trafficking, the testing of cancer vaccines and the response to natural disasters, and referred to the end of the “Wet Foot Dry Foot” policy, “a hostile policy that endangered the lives of Cubans.”

In his opinion, “The opening to Cuba also opened up new opportunities in Latin America and around the world” and commented on the joint work in the Colombia peace talks and the confrontation of the Ebola epidemic in West Africa.

“President Trump’s actions will not reverse all of this progress, but they represent a step backwards,” pointed out Rhodes, who added that “U.S. businesses can only press for reforms in how Cuba structures its economy if they can actually do business in Cuba,” something which this Friday’s changes considerably restrict.

“The Cuban government is not going to let go of their holdings because the U.S tells them to; they’re far more likely to turn to Russia and China,” he opined.

As to the trips, Rhodes criticized that “U.S. travelers now have to go through the absurd process of figuring out if a hotel they’re staying at is owned by the Cuban military,” as well as the “ominous language about requiring Americans to document their activities.”

“Despite rhetoric about supporting Cuban entrepreneurs, any reduction in travel is going to hit them…. Those are the Cubans that Trump is hurting—not hotel owners who will still welcome tourists from other countries,” he said.

According to Rhodes, Trump’s announcements will not promote greater democracy in Cuba no matter how much the president affirms this and will allow the Cuban government to renew the “ideological conflict with the U.S.,” revitalizing international support for the island.

However, in his opinion “the instinct for isolation that Trump embraced will fail.” Among his arguments to sustain that opinion, he cites the support of 70 percent of Americans – including a majority of Republicans – for the lifting of the embargo, the bills presented in Congress to lift the travel ban and doing business with Cuba, and the more open position of young Cuban Americans toward the island.

“A new generation, in Cuba and the United States, doesn’t want to be defined by quarrels that pre-date their birth,” he affirmed.

For Rhodes, the fact that this Friday’s announcements were at Miami’s Manuel Artime Theater is the best “symbol for the past.” That’s why he concluded it “should be seen for what it is: not as a step forward for democracy, but as the last illogical gasp of a strain of American politics with a 50-year track record of failure.”

We need to listen to the Cuban people