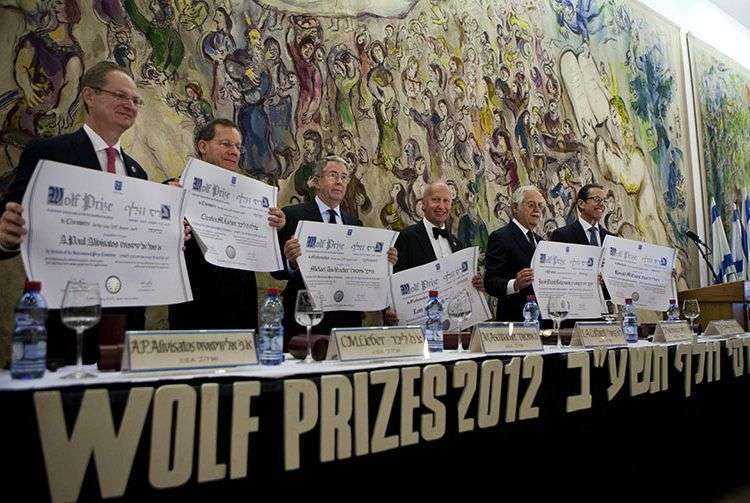 As in art, science has its patron. The controversial Nobel Prize awards annually scientific and social activity of certain personalities and, for this reason, captures the attention of the media and academic institutions worldwide. However, other distinctions with such profile do not attract many glances outside specialist circles. Among them is an important prize whose history is closely related to Cuba: the Wolf Prizes.

As the Nobel  the Wolf Prizes emerged from the initiative of a multifaceted patrons. Ricardo Wolf is attributed up to three identities: Jewish, German and Cuban. Emigrated from his native Germany after the First World War, Wolf turned Cuba into a second home, where he married a local tennis champion, Francisca Subirama.

His best-known scientific research, to which he devoted several years, focused on iron recovery from waste in foundry processes. Steel mills around the world adopted the Wolf system which made him a considerable fortune.

Born as Richard Wolf, Ricardo Lobo Subirama ideologically and financially supported the revolutionary process in Cuba before 1959. As a result of this support and its proximity to the newly instituted leaders in power, in 1961 he was appointed Ambassador of Cuba in Israel.

In reaching this nation so tied to his origins, he presented his credentials to the then Foreign Minister Golda Meir -future Prime Minister, transcendental figure in the history of international relations of his time. Wolf even collaborated with the costs of setting up the embassy.

When ties between Cuba and Israel were broken in 1973, Subirama Lobo quit his job as a diplomat, but still remained in the Israeli state. His efforts and resources would thereafter have another destination: the Wolf Foundation.

The Wolf Foundation was established in 1975. For Ricardo Wolf this institution specifically represented the start of his philanthropic intentions. From it, the Wolf Prizes in 6 categories emerged: Agriculture, Chemistry, Medicine, Mathematics, Physics and Arts; the latter rotates annually between architecture, music, painting and sculpture.

These awards are given annually, with a cash prize of $ 100,000. With no Nobel Prize in Mathematics, the Wolf is the most coveted prize in this branch.

According to the official website of the awards, the selection is carried out by an international committee of experts in each subject. The chosen ones receive their certificate and award from the president of Israel in the Parliament building in the country, located in the capital, Jerusalem. To date, a total of 253 scientists and artists from 23 countries have received these attentions.

In the recent edition of 2015, professors Jeffrey Ravetch, John Kappler and Philippa Marrack were recognized in Medicine for their research on the molecular basis of immunology. Also, two physicist stood up their field: theoretical physicist James D. Bjorken from Stanford University and cosmologist Robert P. Kirshner of Harvard. Among the arts, music was the turn this year, which were rewarded to soprano Jessey Norman and pianist Murray Perahia. Of the total of eight winners, seven are Americans.

In addition, the foundation donates scholarships to senior students, always in Israel. Applicants are selected from nominations from the universities: the Foundation clearly states that does not accept personal scholarship applications.

Ricardo Wolf died in February 1981 aged 94. His Cuban lifelong companion who even gave him the surname, followed less than a month later. The Wolf Foundation continued encouraging scientific research, despite its other founders also died before the new millennium.

Today, Wolf Prize winners are considered strong contenders for a Nobel. By 2013, one in three prizes in chemistry, physics and medicine were later brought home the gold medal of the inventor of dynamite. Thus, science has an important Jewish patron whose history is closely linked to Cuba.