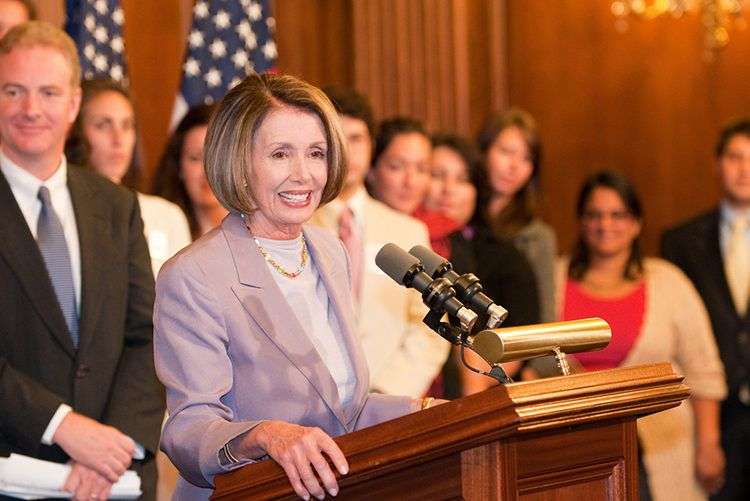 Members of Congress seem to stand in line to come to Cuba. Democrat Nancy Pelosi, Minority Leader in the House of Representatives, arrives in Havana almost simultaneously with the departure of three senators from her country back to Washington DC. The legislator comes with eight other members of her party.

“This delegation will work to advance the relationship between the US and Cuba and build on the work done by many in Congress for years, especially with regard to agriculture and trade,” said a brief statement from the office of Pelosi published in its website.

The arrival of the Democratic leader and her entourage coincides with the announcement of the date for the second round of negotiations between the two governments. “I can confirm that the talks will take place on February 27 at the State Department,” said Jen Psaki, spokesman for that institution.

The topic of the new session of dialogue would be the restoration of diplomatic relations and the opening of embassies in the respective capitals.

But members of Congress come to Cuba at a faster pace than the State Department. The legislative delegation to USA, third in just two months, will meet Cuban government officials, Cardinal Jaime Ortega, diplomats of their country and community leaders, according to the statement that several US media had access to.

Pelosi is accompanied by a few names recognized in the Hill, as Eliot Engel of New York, senior Democrat on the Foreign Relations Committee. The name of Collin Peterson, from Minnesota and his party head of the Agriculture Committee of the House of Representatives was also added. Nydia Velázquez, another member of the delegation, is a ranking member of the Committee on Small Business.

Although only Congress can raise the “embargo” called “blockade” in Cuba, the fact is that both Chambers of the US Parliament have on the agenda several laws on the dispute with Cuba, from a project to allow travel up to a Freedom To Export to Cuba Act, submitted to allow trade between the two countries.

Pelosi leads the Democratic minority of 188 lawmakers in the House of Representatives, reduced after the midterm elections of November 2014. That result left to the Republican majority on Capitol Hill an important part of the process of normalizing relations with Cuba. Some members of the political group expressed their early support for rapprochement with Cuba, committing to follow the path opened by Democratic President Barack Obama.