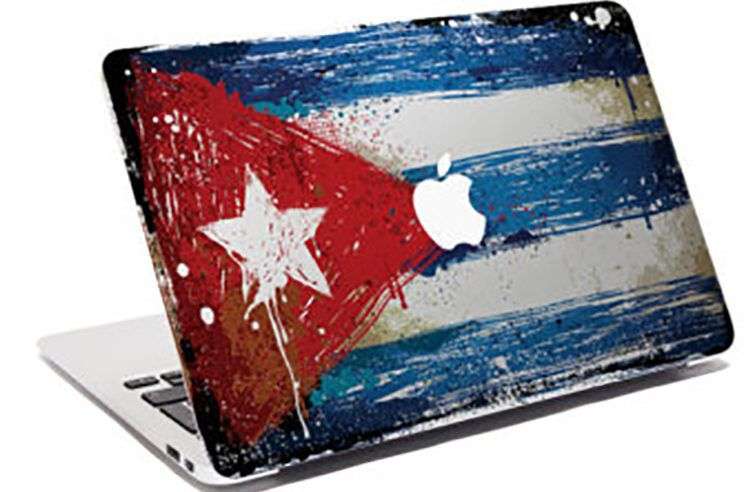 In an understandable movement after the 17D, and the race to be first, the American company Apple issued a statement on its website in which reports a new license exception for authorizing the sale of some of its products and software in Cuba.

Under the name Support for the Cuban Peoplethe note was published in the Global Business Policy section and refers to the entry into force of the regulations implementing the measures announced by President Barack Obama, among which trade and investment is decriminalized in the field of telecommunications and info-communications in Cuba.

According to the text, the regulations of the Bureau of Industry and Security (BIS) modified the American Export Administration Regulations (EAR), so it is now legal to export and reexport to the island some products and software (including cloud storage ), however, they have not been identified.

However, not all users in Cuba are eligible, according to the License Exception for Consumer Communication Devices (CCD) provided by the BIS. “Eligible beneficiaries are individuals in Cuba, independent NGOs. Organizations managed or controlled by the Government of Cuba or the Communist Party of Cuba, including schools and hospitals, are not eligible recipients. ”

On the Island, Apple products had entered a long time, but not in a “legal” way. From Cubans traveling abroad and acquiring computers, cell phones, iPods and tablets for consumption or resale, to digital commerce through pages Revolico.com, Cubans pursue devices with the bitten apple logo for the fame that consortium has gained at international level.

Even private initiative of the so-called “clinics for cell”  have specialized in the fixing, unblocking and installation of applications on mobile phones, and some like Apple in Cuba have a presence in cyberspace through social networks.

However, all Apple devices are designed for constant interaction with cloud services, from the Internet from fixed or wireless positions, something that on the island is limited by the few access points and high prices. According to data accessed, Internet penetration here is only 5 percent, although it is estimated that about 3 million people on the island are accessing the network of networks.

ETECSA, the only telecommunications company in Cuba announced, ending in 2014, that in 2015 it would expand internet services in navigation rooms and Wi-Fi in public areas. For it it increased six fold storage space and data, according to Cuban media published this year should be fivefold.

The company said in 2015 it should grow some 800,000 mobile lines, which would increase to more than 3 million the total number of users in Cuba, undoubtedly a potential market for one of the top products of Apple.