It is estimated that there are a total of about 1,200 people. There are also Hondurans, Guatemalans, Haitians and Salvadorans in the group. 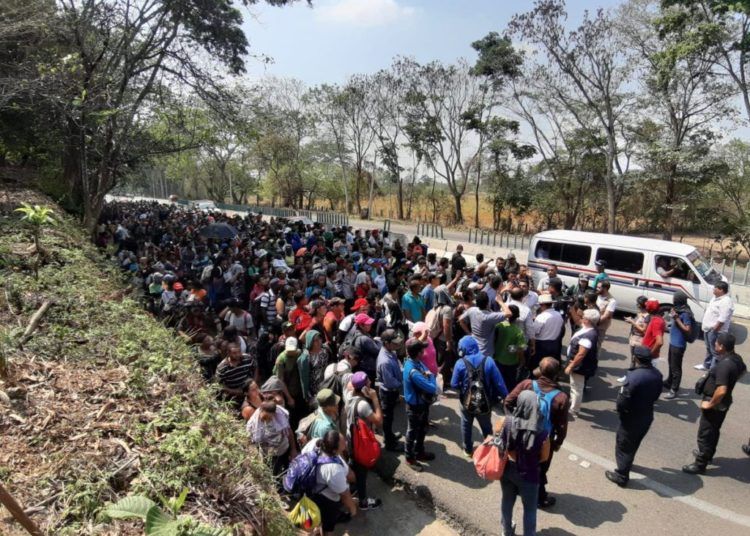 The caravan of Central American immigrants that has formed on the border of Guatemala with Mexico includes people from different countries in the region and about 700 Cubans who have managed to reach Mexican territory.

According to several local media, Cubans have concentrated in a plaza in the city of Tapachula, in southwest Mexico, where they have told the daily Excelsiór that the aim is to reach the northern border of the United States and from there try to enter that country.

Apparently, the Cubans decided to join the caravan because they are in Mexican territory without a crossing permit given by the Mexican authorities, who have decided to make the passage difficult in the face of the avalanche of the island’s undocumented trying to reach the United States.

The Cubans, says  Excélsior, have been stranded there for two weeks due to the impossibility of obtaining the transit document.

The document is free but the border authorities, according to several testimonies, are demanding about 1,500 Mexican pesos (about 80 dollars) and the hiring of lawyers for the necessary procedures.

The facilities of the National Institute of Migration (INM) of Tapachula are closed after a protest led by Cubans last week when they invaded the premises.

Several Cuban immigrants have complained that local lawyers have been swindling them, charging them from 200 to 700 dollars for processing the necessary documentation.

One of the witnesses, who identified himself to the Mexican news agency Quadratín as Pedro Ávila, confirmed that “they ask us for 300, 500 and even 700 dollars, which is a lot of money; in other countries they do not charge us and the process is fast and agile.”

As he explains, the argument of the immigration authorities for the slowness is that they only process about 20 cases a day, but “the more time is spent the more we are spending on lodging, food and transportation.”

According to another Cuban migrant, Antonio García Cota, “lawyers are taking advantage of us by charging in dollars to be able to enter migration and there are many who do not have the possibility of paying in this currency.”

“I was talking to one of the immigration officials outside here and I told her that in order to enter it was necessary to pay a lawyer and she told me that you had to pay 250 dollars and had to pay the other people in there, they are even letting 20 Cubans in a day to create a conflict among us and we become desperate and are forced to look for processors,” García Cota added.

Mexico going through a migratory emergency

Mexico is experiencing a migration crisis inherited by President Andrés Manuel López Obrador and deepened by political decisions on this matter, according to observers.

The Mexican NGO Pueblo Sin Fronteras affirms that “during the last months and since the new government announced the beginning of a new immigration policy of non-containment and sustained by the unrestricted respect for human rights, in the southern border of Mexico the humanitarian crisis has worsened.”

In a statement published by the Spanish agency EFE, Pueblo Sin Fronteras added that immigrants suffer from a lack of administrative and humanitarian support from the National Institute of Migration (INM) and other public agencies. 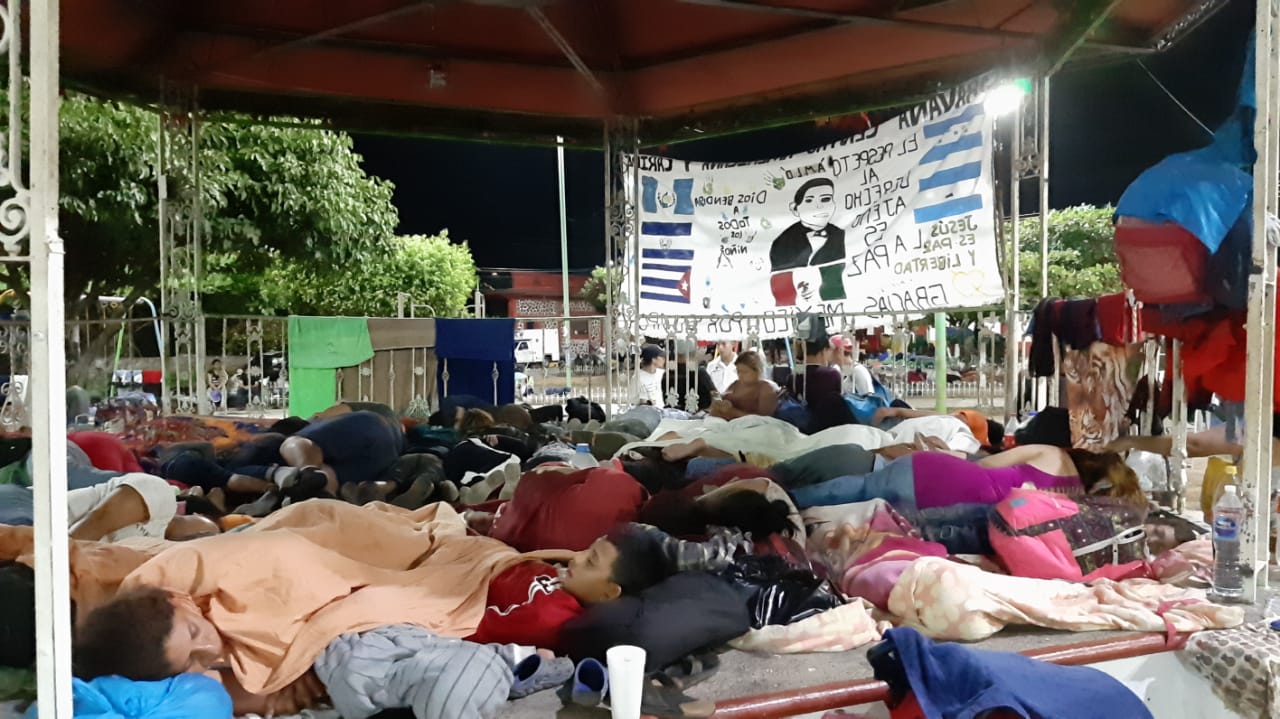 “Hundreds of families, mothers with children and migrant adults are forced to endure the waiting time in overcrowded conditions in parks, sidewalks and in the vicinity of the migration stations of Tapachula and Ciudad Hidalgo (Chiapas),” said the text.

In this way, the NGO is denouncing corruption within the INM, a growing “climate of violence” and the “lack of a structural migration plan” and “long-term vision.”