This time the call was to clean the banks of the Almendares River and areas of the Forest of Havana. 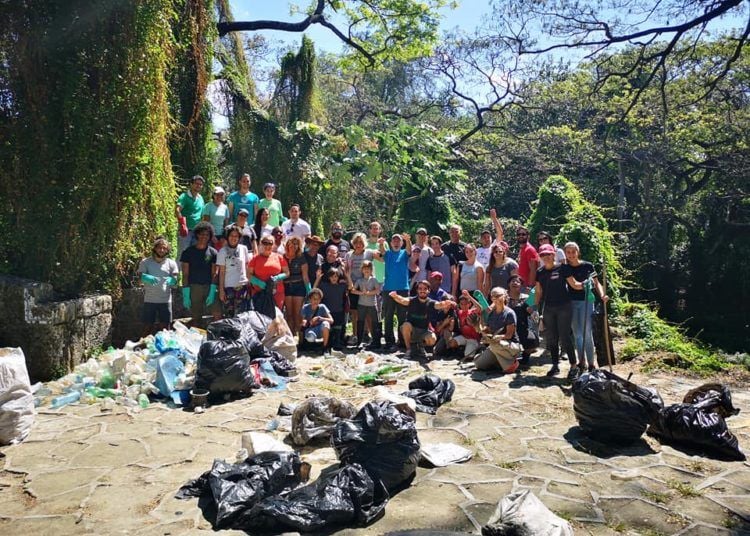 The group gathered at the end of the day. Photo: Taken from Facebook.

Another group of young people, most of them linked to different environmental conservationist projects, and Cuban students, on Saturday the 23rd joined the world #TrashChallenge to help clean a green area of ​​Havana, the city’s “lung.”

Where the neglect of visitors and people responsible for this have contributed to accumulating tons of garbage scattered throughout the place, these young people took advantage of the social networks’ call to clean the banks of the Almendares River, considered a Protected Natural Landscape and part of the Metropolitan Park of Havana.

Cuban scientist Alejandro Palmarola gave details about the day in which they collected 34 kg of metal, 70 kg of plastic and 62 kg of reusable glass.

Palmarola, a researcher at the National Botanical Garden, said in his Facebook account that “we must think about recycling, about mechanisms, about alliances. For the time being, [these wastes] did not go to the sea and stopped being part of the landscape of a very visited urban Protected Area.”

Cuban television broadcasted a note about this event:

The same organizers have already started a new a call for a similar day in April at the mouth of the Quibú River, in Playa municipality, in Havana.

On March 17 another group of young people also met to help clean the mouth of the Almendares River.

Through the social networks some 500 persons had made known their intention to attend. Finally, about 40 arrived, according to a report from Periodismo de Barrio.

The social networks, which are increasingly used by Cubans, are contributing to the dissemination of this type of initiative.

Participating leaves positive marks on people, on their civic awareness and on the spaces this #trashchallenge is reaching.