Millions of Americans benefit from the subsidized health insurance offered by the law, although the number of new affiliations is decreasing. 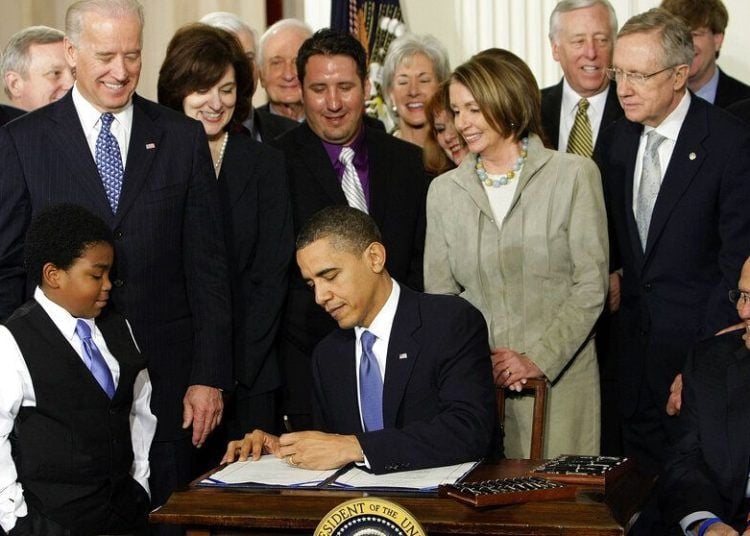 hoto taken on March 23, 2010 of then President Barack Obama signing in the White House in Washington the reform of the healthcare system. (AP Photo/J. Scott Applewhite)

The Donald Trump administration made a request to a federal court of appeals that the health system reform promoted by the Barack Obama government be repealed in its entirety.

The government filed the judicial appeal this Monday in the federal court of New Orleans, asking that the entire law known as Obamacare be annulled because it is unconstitutional. It is extremely unusual for the Justice Department to refuse to defend a federal law, but Trump and his Republican allies have for years tried unsuccessfully to repeal the law enacted in 2010.

In June, government lawyers stopped defending vital parts of the law, such as guaranteeing that every citizen, regardless of their previous medical conditions, has the right to have health insurance. But the administration said that the rest of the law could remain in force.

Millions of Americans benefit from the subsidized health insurance offered by the law, although the number of new affiliations is decreasing.

It is expected that the Justice Department will submit a dossier to the court of appeals explaining better its position. In a letter, the department asks that the ruling issued in December by Judge Reed O’Connor in Fort Worth, Texas, be ratified. O’Connor ruled that Congress’ decision to eliminate penalties on those who do not buy health insurance makes the law unconstitutional.

The ruling is based on a legal analysis according to which demanding health insurance, and penalties for not having it, are pillars of the law. O’Connor noted that the Supreme Court ratified the law in 2012 because it found that the penalties were constitutional as they were collected as taxes.

Once the penalties are excluded, the requirement to have insurance can no longer be considered constitutional, and therefore the entire law is defective since it is inseparable from its penalties.

The reform continues in force while the lawsuit continues. Meanwhile, in the House of Representatives the Democrats are proposing an ambitious legislative plan to strengthen the reform.

The reform, officially called the Affordable Care Act, was enacted by Obama on March 23, 2010 and ratified by the Federal Supreme Court on June 29, 2012.