Voices such as those of Johana Tablada, deputy director for the United States at MINREX, speak from Cuba after a State Department report declassified yesterday indicated that the closure of operations of the U.S. mission in 2018 was based on false premises. 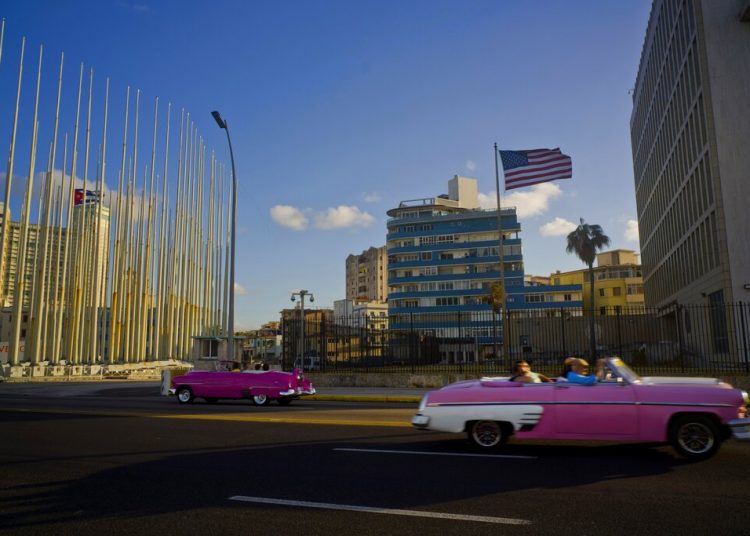 The Cuban government expects for 2021 that President Biden’s administration will reverse the measure taken by the previous administration regarding relations between the two nations. Photo: Ramon Espinosa/AP/Archive

After documents from the administration of former President Donald Trump declassified this Thursday revealed deficiencies in the handling of the health incidents reported by U.S. diplomats in Havana, officials and scientists from the island hope that Joe Biden will reverse the hostile measures against Cuba since they would have been imposed based on what they call false pretests.

“Every day it is confirmed more that there was no attack against diplomatic personnel in Havana,” Johana Tablada, deputy director for the United States of the Cuban Ministry of Foreign Relations (MINREX), told journalist Andrea Rodríguez of The Associated Press this Thursday.

Reports by employees of the U.S. Embassy affected by headaches, nausea, deafness and vomiting, among other symptoms between 2016 and 2017 were attributed by Trump officials to alleged sonic attacks or unknown sources, and meant as of 2018 the application of a dramatic policy of measures against Cuba.

The impact and publicity of the alleged attacks was the argument to cut 60% of the staff of the diplomatic mission on the island. While Cuban representatives to Washington were expelled, consular services were closed, travel alerts were issued, educational visits were canceled and the bilateral talks, initiated by the administration of former President Barack Obama, were paralyzed.

Cuba rejected the hypothesis of the attacks or syndromes—although it did not deny the diplomats’ symptoms—, offered collaboration and set up working groups with experts.

Mitchell Valdés, director of the Center for Neurosciences and coordinator of the Cuban group for the study of the health incidents, was one of the most active in supporting joint work.

“All elements of the story are unraveling,” Valdes told the AP this Thursday, commenting on the revelations in the report declassified the day before.

Mitchell Valdés, director of the Center for Neurosciences and coordinator of the Cuban group for the study of the health incidents at the U.S. embassy, ​​speaks during an interview in Havana, Cuba, on Thursday, February 11, 2021. Photo: Ramon Espinosa/AP.

In addition to the new documents and the ability of science to find causes when not politicized, Valdés was optimistic of a breakthrough during the Biden era.

“What gives me hope is that the U.S. government has expressed, the Biden administration, (its interest) in listening to science and it has already done so with COVID-19 and climate change; and I think that if you apply the same philosophy to the health incidents of the diplomats in Havana, we will advance in the clarification,” Valdés said.

Biden—who was Obama’s vice president—promised during his campaign to review Trump’s sanctions policy against Cuba.