The government-financed TV station is under investigation by the federal government. 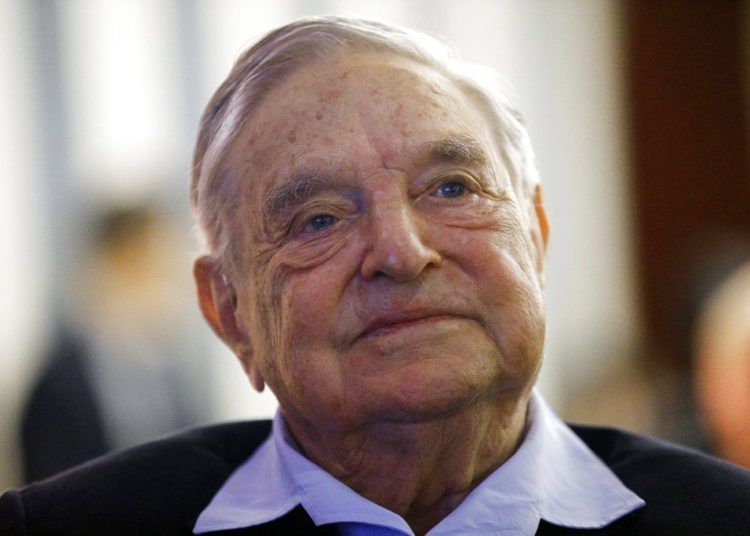 The government-financed Radio and TV Martí, created to broadcast propaganda to Cuba, is under a federal government investigation for apparently having violated the ethics of journalistic content by broadcasting a program where businessman and philanthropist George Soros is referred to as “a multimillionaire Jew of Hungarian origin whose fortune is estimated at eight billion dollars” and, in addition, presented him as “a non-believer Jew” and “having a flexible morality.”

The program, which was aired in May, sustains that the businessman has devoted himself to influencing several democratic countries through the Open Society Foundation.

In recent weeks, 88-year-old Soros has been accused without proof by conservative commentators and analysists of financing the caravan of immigrants and refugees headed for the southern U.S. border through Central America. The also financier is generally presented by the extreme right as being responsible for the financial crises in the western world, especially the 2008 crisis.

Last week the Hungarian conservative government canceled the operations permit of the Central European University founded by Soros after the fall of the Berlin Wall to promote the transition from socialism to capitalism in Eastern Europe. Although Soros has become a Nemesis of conservative and extreme right movements, he was one of the principal supporters of Soviet ex-President Mikhail Gorbachev during the Soviet Union’s deathblows.

What’s unusual for the TV feature report is that TV Martí cited as source the conservative organization Judicial Watch, well-known for its conservative position and very critical of the Cuban government. “George Soros has his eye on Latin America. But Judicial Watch, a U.S. legal research group, also has its sights set on Soros and what it sees as his lethal influence to destroy democracies. It describes him as a U.S. investor and speculator on the stock exchange market who exploits capitalism and Wall Street with the aim of financing the anti-system movements that fill his pockets,” the story affirms.

However, in the program no one from Judicial Watch seems to defend that idea on the screen. This is precisely what has most caught the attention of Phil Peters, director of the Cuban Research Center, based in Arlington, Virginia, and who brought to light the issue early this week.

“One of the program’s strange things is that they mentioned several times Judicial Watch but they presented no one. It’s curious that it be presented as a source and that it’s not known who said that there,” Peters affirmed to OnCuba.

Radio and TV Martí, which is under the control of the Office of Cuba Broadcasting (OCB), supposedly maintains a balanced position in its news services. Given the complaints of several observers of the Cuban reality, seconded by Senator Jeff Flake, the U.S. Agency for Global Media (USAGM), which manages Radio and TV Martí as well as the other U.S. propaganda stations, has decided to provisionally suspend the authors of the story after the video was taken out of its website, sources from the station confirmed to OnCuba. Meanwhile, an investigation on this, ordered by its director, John Lansing, has been initiated.

The feature on Soros “is incompatible with our professional and ethical requisite,” the official of the Donald Trump administration highlighted in a communique.

The most sensitive question about the program is that it has been accused of propagating an anti-Semite sentiment, which has led Senator Jeff Flake (R-Arizona) to write a Twit on Saturday on his account saying that the most serious aspect is that “a TV Marti program that was introduced with the phrase, ‘George Soros, a multimillionaire Jew,’ was paid for by the American taxpayer, and broadcast to Latin America last summer, in our name. This is taxpayer-funded anti-Semitism.”

A TV Marti program that was introduced with the phrase, “George Soros, a multimillionaire Jew,” was paid for by the American taxpayer, and broadcast to Latin America last summer, in our name. This is taxpayer-funded anti-semitism.

Flake has been a constant critic of the Radio and TV Martí operations, which he accuses of being a waste of public money since its visibility on the island is minimal. The two stations have an annual budget of 26 million dollars.

“I’m personally and professionally offended by this example of unprofessionalism,” Lansing added when revealing that he has asked the OCB administration to give a training session to his personnel about ethics and professional standards, a decision that is very common in the U.S. press, government-financed as well as private, in similar situations and with which it usually aims to put an end to a crisis.

On Wednesday, OnCuba tried to contact the director of Radio and TV Martí, former Miami mayor and journalist Tomás Regalado, but in the end it did not get a reply. However, Regalado stated on Tuesday to the magazine Mother Jones in an email that “Judicial Watch is a trustworthy source. Even so, it shouldn’t have been the only source. The two-part program was not precise and didn’t present sources that would balance the story.”

“To be fair and to demonstrate that in this new administration we have a commitment to journalistic integrity, the stories were taken out of our digital page, but not because we want to hide something but rather because we want to be transparent when the time comes to say that the story did not have the adequate balance and, therefore, it shouldn’t have been taken out,” underlined Regalado, who was named director of OCB in June, weeks after the program in question went on the air. His first decision, perhaps foreseeing a coming scandal, was to name a new director of news and a person responsible for the assignment of news stories.

However, this statement by Regalado has incited even more the indignation of Senator Flake, who maintains that an anti-Semitist attack is not diluted with an argument that balances a journalistic piece. “To say that its program (only) lacked ‘balance’ as…Tomás Regalado said, is disconcerting, since it suggests that an anti-Semite story is OK while it is ‘balanced’ by another content,” Flake affirmed in a letter to Lansing on Monday where he suggests that the authors responsible for the program be removed from their posts “immediately.” On Monday Regalado followed his will and put under administrative leave two employees involved in airing the TV program.

“What has happened is unusual [an anti-Semite attack] but it isn’t journalistic mistake because this is not about a journalistic story in every sense of the word. Rather, TV Martí lent itself to create an anti-Semite propaganda document and that is something that has not been seen in any governmental media. It’s good that it be investigated,” Peters stated.

Soros is a name constantly mentioned in extreme right circles in the south of Florida, which attribute to him, in radio programs as well as on the social media, presumed plans for the destruction of democratic societies. Last week the FBI discovered a home-made bomb in his New York post box. The author, of Italian origin, has been detained and lived in the south of Florida.