“Should they prove successful, the (Cuban) vaccines would be an against-the-odds feat of medical prowess—as well as a public relations coup—for an isolated country of 11 million that was added back to the U.S. list of state sponsors of terrorism in the final days of the Trump administration,” the U.S. capital’s newspaper underlined. 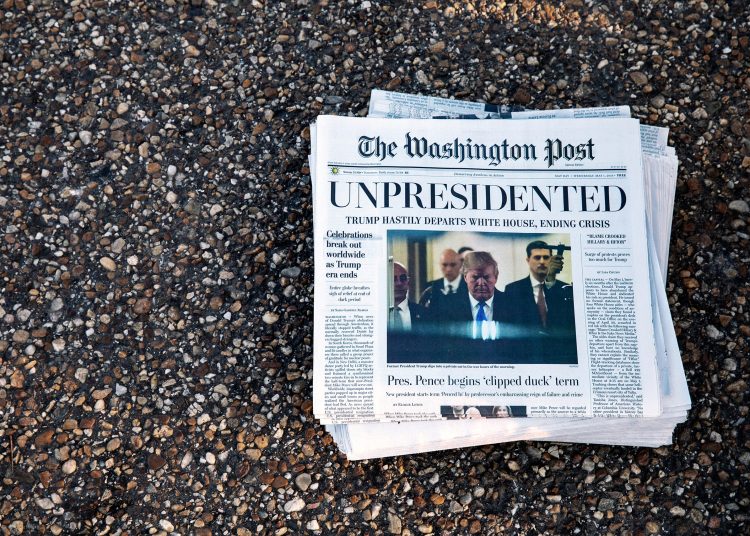 When on March 23, 2016, former President Barack Obama mentioned at the Grand Theater of Havana Cuban public health as one of the island’s achievements, a large part of the audience smiled and applauded.

If Obama’s visit to the island’s capital was an extraordinary event—the second by a U.S. president in the country’s history and the first since the revolutionary triumph that placed both nations at loggerheads—the public recognition of one of Cuba’s greatest pride was something unexpected, coming from whom it came.

Something similar happened this week when The Washington Post recognized that, “against all odds,” the fact that Cuba has entered the global race for COVID-19 vaccines is a consequence of the development of its biotechnology industry, something unusual in Third World countries.

“Cuba is an authoritarian, one-party state with strict curbs on free speech, political activism and economic freedoms. But investments in education and health care planted the seed of what is today an unusually sophisticated biotechnology apparatus for a small developing country, with at least 31 research companies and 62 factories with over 20,000 workers,” wrote the U.S. daily.

In fact, it continued, “Forty years later, the communist island nation could be on the cusp of a singular breakthrough: Becoming the world’s smallest country to develop not just one, but multiple coronavirus vaccines.”

At this time, two of these vaccines, Soberana 02 and Abdala, are already in phase three of clinical trials and tested in hundreds of Cubans, although the final results of the studies have not yet been revealed. Cubans are already working on a total of five vaccine candidates, the remaining three still in less advanced stages. But they already have clients, The Washington Post noted.

Venezuela, for example, is one. Another is Iran, a nation to which 100,000 doses have also been sent their study among Iranians. This last case is a rare indication of politics because the Persian country could have chosen the Chinese or the Russian vaccine, which have already managed to enter Latin America. The funny thing about this is that U.S diplomacy continues to consider the three countries as members of the “Axis of Evil,” an expression coined by former Republican President George W. Bush.

The COVID-19 vaccines “could also make Cuba the pharmacist for nations lumped by Washington into the ‘Axis of Evil’ and ‘Troika of Tyranny.’ Iran and Venezuela have inked vaccine deals with Havana. Iran has agreed to host a Phase 3 trial of one of Cuba’s most promising candidates—Soberana 2—as part of a technology transfer agreement that could see millions of doses manufactured in Iran,” the U.S. daily highlighted. There is also a rumor, although not verified or officially announced, that Iran has participated in the costs of developing the vaccine, including obtaining Cuba’s access to the world market of various components necessary for its production.

“Should they prove successful, the (Cuban) vaccines would be an against-the-odds feat of medical prowess—as well as a public relations coup—for an isolated country of 11 million that was added back to the U.S. list of state sponsors of terrorism in the final days of the Trump administration,” the U.S. capital’s newspaper underlined.

“We have great confidence in Cuban medical science and biotechnology,” Venezuelan Foreign Minister Jorge Arreaza told The Washington Post this week. “It will not only be fundamental for Venezuela, but for the Americas. It will be the true solution for our people.”

In addition, for the newspaper published in Washington DC, an eventual Cuban success in this field could shake the immobility of U.S. policy towards the Caribbean island, which practically remains the same as that of former President Donald Trump, even if Joe Biden is already occupying the White House. The democrat has barely defined that a policy towards the island enters through the filter of respect for human rights and his government announced the review of what was implemented by his predecessor.

“That could bring prestige to a government under fire for a crackdown in recent months on free-speech protests led by artists, poets and gay rights activists, known as the San Isidro movement,” wrote the U.S. daily.

One of the specialists consulted is of the same opinion. “In the public eye, (the success of Cuban vaccines) it would soften the image of a country that’s being accused of doing some pretty bad things,” said Eric Farnsworth, a critic of the Cuban government and vice president of the Council of the Americas and the Americas Society. “It undermines the message that Cuba is a broadly authoritarian country that can’t produce anything good.”

The analyst added that “If reached, that ambitious target could rank Cuba—a country where the average scientific researcher earns about $250 a month—among the first nations in the world to reach herd immunity, putting it in a position to lure vaccine tourists and to export surpluses of what officials claim could reach 100 million doses by year’s end.”

After all, success in this area would happen for Cuba at a critical moment. After relatively low infection rates last year, the island’s coronavirus cases have skyrocketed in recent weeks, making it one of several new hot spots in Latin America heavily affected by the pandemic, the Post said.

However, the newspaper also noted that some critics have warned that the Cuban government may be acting too quickly, boosting an experimental vaccine in a large population in an effort to quickly recover the tourist dollars lost to the Trump administration’s setbacks and sanctions, which Biden has inherited.

Even with its remarks, The Washington Post’s article is a finding because the U.S. newspaper has an editorial policy that is not very flattering towards the island. Since Fidel Castro came to power, its editorials, usually unsigned, have been very critical of the Cuban government, unlike those of The New York Times, which played a positive role in the birth of the bilateral thaw policy promoted by former Presidents Barack Obama and Raúl Castro.