The group of 26 Democrats in the House of Representatives signed a letter addressed to the U.S. president in which they praised his government’s recent announcements on policy towards Cuba, while advocating bilateral cooperation in public health. 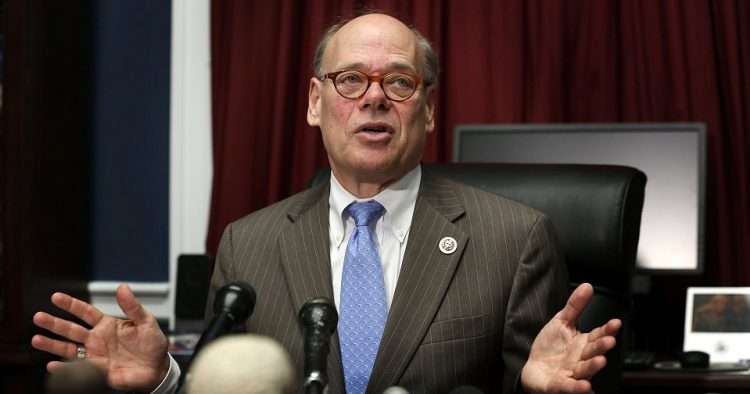 Democratic representative Steve Cohen, one of the promoters of the call to President Biden to cooperate with Cuba on COVID-19 vaccines. Photo: UsaToday/Archive.

A group of 26 Democrats from the United States House of Representatives asked the president of that nation to make the sanctions against Cuba more flexible to help the global distribution of the COVID-19 vaccines produced on the island, international media reported.

In a letter headed by Democratic representative for the state of Massachusetts Ayanna Pressley and by Steve Cohen, of the same party and nominated for Tennessee, the lawmakers praised the review of the restrictions on travel and remittances to the island by the administration of Joe Biden, while advocating for bilateral cooperation in public health, according to an article published by The Hill.

“As an initial step, we ask that you review U.S. policy towards Cuba in order to facilitate greater global vaccine equity, with a particular focus on ensuring that U.S. sanctions do not impede current or future efforts by Cuba to share COVID-19 vaccines and related technology and medical support with low-income countries around the world,” the legislators wrote, quoted by the media.

“A group of House Democrats is urging the Biden administration to further soften sanctions against #Cuba to aid distribution of the Caribbean nation’s COVID-19 vaccines worldwide.” https://t.co/NSv2b1Xt7a via @thehill

After a prolonged review of its policy towards the island, the Biden administration has begun to reconsider some of the restrictions imposed on the island during Donald Trump’s presidency, even though Havana considers that what has been announced to date has been “insufficient” and “limited.”

According to the media, the signatory lawmakers expressed that they agree with the approach of their administration that seeks to “address the humanitarian situation and respond to the needs of the Cuban people.”

The Democrats’ call is also based on the need for COVID-19 vaccines for low-income countries that cannot afford to purchase drugs produced in richer countries on a large scale, or where conditions make widespread distribution of vaccines that require special care, such as refrigeration, difficult.

The Hill recalls that Cuba has a vaccination rate against COVID-19 of more than 90%, despite the limitations in importing resources and equipment to develop its own vaccination program, and cites the legislators, according to whom “Cuban vaccines, produced at reduced cost with limited infrastructure, could assist the Biden administration’s goal to distribute cheap and effective vaccines worldwide.”

However, they pointed out, “U.S. sanctions on Cuba directly impede these goals, not only by harming the country’s ability to vaccinate its own population but also by placing obstacles in the way of Cuba’s ability to produce and distribute its vaccine to other countries that continue to face shortages.”

Regarding the review process of Cuban vaccines by the World Health Organization (WHO), the lawmakers pointed out that, although the drugs have not received the necessary approval, “Cuba and the WHO have met twice to begin the Emergency Use Listing process, and the efficacy of these vaccines has been further demonstrated by sharp declines in COVID-19 cases and deaths in Cuba since the vaccination campaign.”

Finally, the Democrats asked Biden to address specific policies that make medical cooperation difficult, including Cuba’s removal from the list of State Sponsors of Terrorism, which, they said, “restricts and intimidates financial institutions from allowing transactions related to medical equipment,” and the addition of Cuban vaccines to the list of vaccines recognized by the United States, The Hill highlighted.