U.S. says Cuba policy is not a priority, but is considering taking it out of the list

The White House says that the promotion of human rights is the basic line of its policy towards the island, and announces that it is reviewing Cuba’s presence on the list of state sponsors of terrorism. 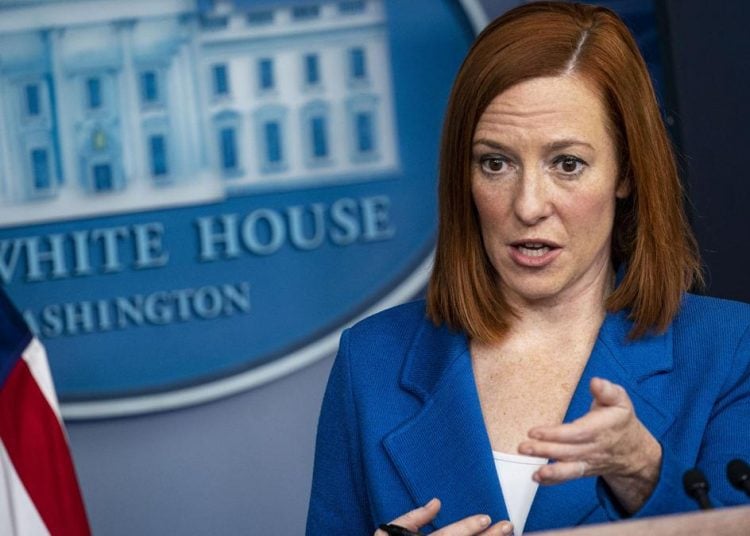 Jen Psaki at a press briefing at the White House. | Image: AP (Archive)

The White House has no intention of reviewing the general policy towards Cuba, which underlines the promotion of human rights on the island. Spokeswoman Jen Psaki said this Tuesday that it wasn’t even one of their priorities.

However, the Biden administration is analyzing a last-minute decision by its predecessor Donald Trump: the re-entry of the Havana government to the list of international sponsors of terrorism, from which it was removed in 2015 by the Obama administration.

Psaki stressed that the administration is in no rush to make important gestures, despite hopes for a softer approach after Trump rolled back Obama’s historic detente with Havana.

Psaki said at the briefing that a policy shift toward Cuba is not currently among President Biden’s top priorities, but that they are committed to making human rights a central pillar of their American policy and are committed to carefully reviewing the political decisions made during the previous administration, including the decision to designate Cuba as a state sponsor of terrorism.

Nine days before Trump left office, his administration announced that he would return Cuba to that list, citing the alleged protection of fugitives from U.S. justice and Colombian rebel leaders, as well as support for Venezuelan President Nicolás Maduro’s security services.

At the time being, the White House has not published an official version of the spokeswoman’s words to define the context in which they were spoken.