The baby, named Helen, was born without traces of the virus, the product of a cesarean section performed on her mother by an experienced multidisciplinary team at the Manuel Fajardo Military Hospital, in the central province of Villa Clara. 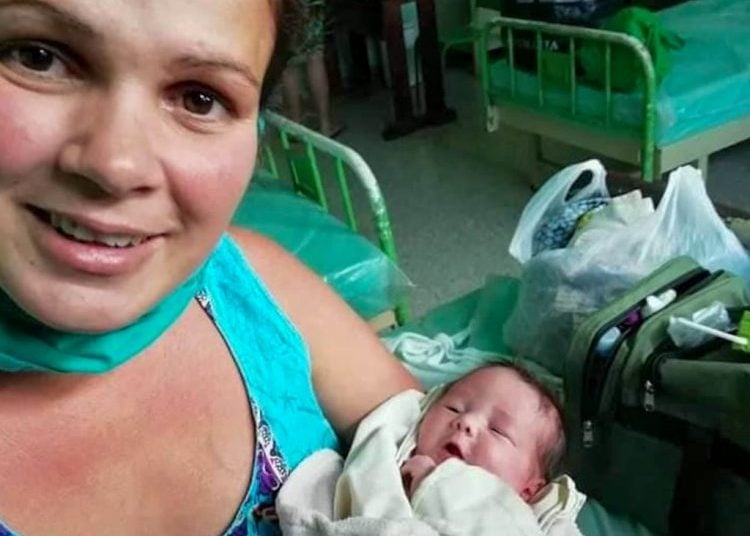 Maidi Martínez, the first Cuban who gave birth in critical condition due to COVID-19, was finally able to hold her baby in her arms, the official Cubadebate website reported this Tuesday.

The baby, named Helen, was born without traces of the virus, the product of a cesarean section performed on Martínez, a 33-year-old from Cienfuegos. The operation was carried out by an experienced multidisciplinary team at the Manuel Fajardo Military Hospital, in the central province of Villa Clara, the state media said, citing a publication by journalist Minoska Cadalso on the social network Facebook.

The baby girl, who is doing well after the “complex process,” was 35 weeks in gestation and weighed 5.6 pounds (2,560 grams) at the time of delivery.

Due to the mother’s state of health, compromised by COVID-19, the multidisciplinary team evaluated the details of the case and decided to interrupt the pregnancy, explained Dr. Yandry Alfonso, head of the Maternal-Infant Care Program (PAMI) in the central Cuban province.

According to the source, the success of the process was due to the participation of the commission for the care of mothers in critical condition, the Manuel Fajardo Board of Directors with part of its specialists, and the Intensive Care Unit of the health center itself.

Likewise, the Neonatology service of the Mariana Grajales gyno-obstetric hospital intervened, as well as members of the Maternal and Child Care Program, the medical assistance of the Provincial Health Department, and other members of different groups designated for the approach and treatment of patients with SARS-CoV-2.

Cuban health authorities pay special attention to pregnant women and children, groups considered high risk during the current outbreak of COVID-19 that is affecting the island. To date, the death of any person included in these groups has not been officially registered, although minors and pregnant women have been reported in intensive care due to the disease.

U.S. says Cuba policy is not a priority, but is considering taking it out of the list