The 12 men, detained about 8 miles (13 kilometers) off the coast of Fort Lauderdale, had been spotted by boats that notified the Miami Coast Guard. 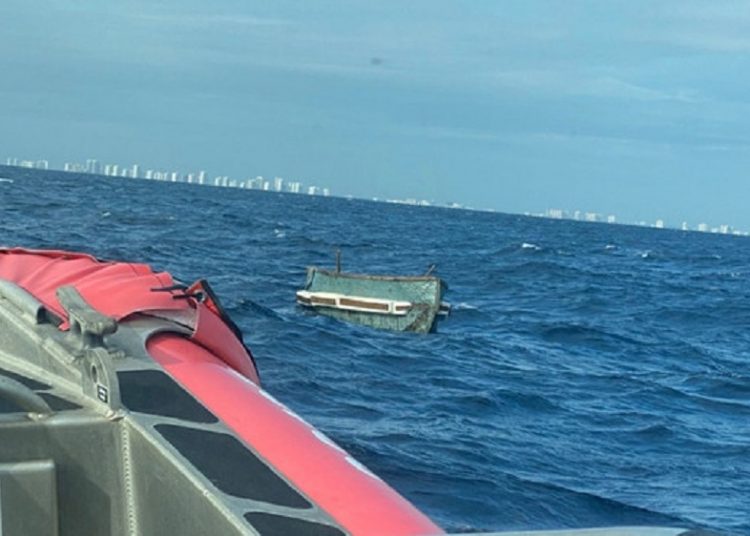 The Coast Guard repatriated this Monday 12 Cuban immigrants who were trying to reach the United States illegally by sea. The men were detained and rescued from the precarious boat on which they were traveling near the coast of Fort Lauderdale, north of Miami.

This federal agency embarked the Cuban citizens on one of its ships to repatriate them to Bahía Cabañas, in Cuba. The 12 men who were detained last Friday about 13 kilometers (8 miles) off the coast of Fort Lauderdale, had been sighted by other vessels that notified the Miami Coast Guard.

The institution noted that 47 Cuban immigrants have tried to enter the country illegally since last October 1, when fiscal year 2021 began, compared to 49 in fiscal year 2017.

These numbers represent the total number of interceptions, landings and disturbances at sea in the Straits of Florida, the Caribbean and the Atlantic Ocean, the Coast Guard specified.

Since former President Barack Obama (2009-2017) repealed in early 2017 the “dry foot/wet foot” policy that granted legal status to Cubans who were able to land in the United States, the number of rafters has dropped significantly.