Data from that country’s Department of Agriculture show the sale of chicken has increased by 132%. 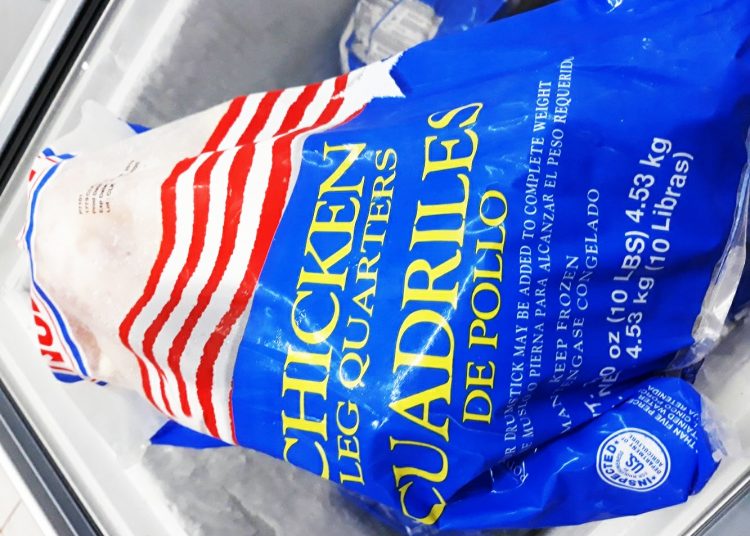 Chicken exported from the United States is one of the most demanded products in Cuba today. Photo: estadodesats.com

Cuba registered a considerable increase in the import of chicken from the United States last July, according to Cuban economist Pedro Monreal on his Twitter account, taking data published by the U.S. Department of Agriculture.

Currently, the United States is the largest supplier of chicken to Cuba, while Brazil remains in second place as a supplier, a country that also increased its export values ​​for the month of July.

“We will have to wait for the Brazilian data for August to be published in a few days,” Monreal highlighted in his tweet.

The specialist from UNESCO’s Social and Humanistic Sciences Program adds that the price per kilogram of U.S. chicken also increased by one cent in July compared to the previous month (USD 0.82 vs. USD 0.81 in June), although it remains below the maximum level reached in February, when USD 0.96 per kilogram was registered, before the expansion of COVID-19.

Data from the last 20 years indicate that 2019 was the year with the highest figures for the export of this product from the United States to Cuba.

Until May, exports from the United States to Cuba had reached 81.6 million dollars (USD), with chicken being the most demanded product, registering 77% of the total amount, Monreal highlighted in a previous publication on Twitter.

Chicken is among the products most demanded by Cubans in recent times, the official media recently highlighted.