Venezuela inaugurated a molecular biology laboratory with Cuban assistance, which will be able to analyze around a thousand samples a day to detect the SARS-CoV-2 virus. 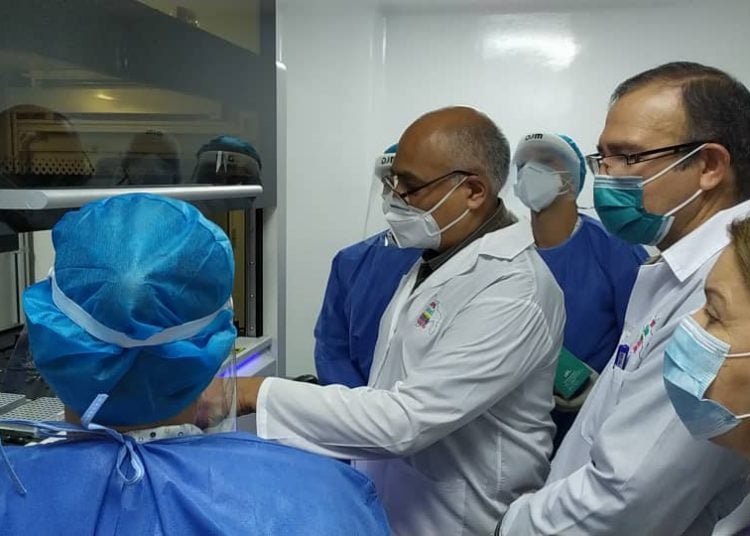 Venezuelan authorities, from the Office of Attention to Cuban Social Missions, and the Cuban embassy in Venezuela tour the facilities of the Molecular Biology Laboratory. Photo: Taken from @Cubacoopera_Ve3

With the support of Cuban specialists, the Venezuelan health authorities inaugurated this Saturday a new molecular biology laboratory that will allow analyzing around a thousand daily tests to detect the SARS-CoV-2 virus, a crucial contribution amid the rise in positive cases in the South American nation.

With almost 10,000 active and more than a thousand positive cases in recent days, Venezuela is experiencing a tense situation in the fight against coronavirus, so this new center will contribute to increasing diagnoses and stopping contagions, Telesur reported.

The laboratory, located in the facilities of the José Gregorio Hernández National Center for Medical Genetics, will count on the contribution in various areas by Cuban health cooperators, who make up the island’s medical brigades in that country.

Venezuelan Minister of Science and Technology Gabriela Jiménez, Minister of Health Carlos Alvarado, the head of the office of attention to the Cuban Social Missions, Julio César García, as well as the island’s ambassador, Dagoberto Rodríguez, were present at the inauguration of the center.

Venezuela has confirmed more than 52,000 cases of coronavirus and 420 deaths, significant figures, although its situation is not one of the most critical in the American continent. However, the government of Nicolás Maduro decreed a radical social and collective quarantine throughout the territory a week ago, in order to contain the spread of the epidemic.

The president has opted for the seven plus seven (7+7) method, which includes a week of strict security measures, including the limitation of movements and the closure of shops, and another week of flexibility to reactivate economic activity.