Creating a fair legal framework that encourages national production is vital in the Cuban food industry. 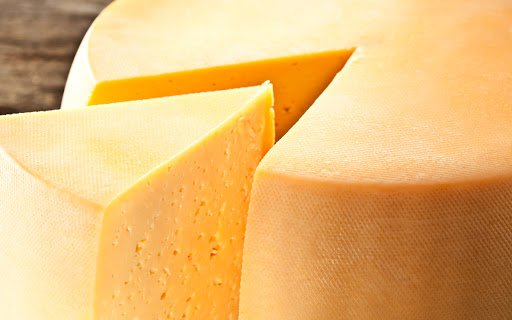 For many years, when you left Havana and headed west or east, or when you came back from the west or east, it was very rare that at some point during that journey you didn’t run into “clandestine” vendors of “illegal cheese,” who half hidden by the roadside would check that the coast was clear of any car of the Cuban highway patrol and then they would quickly show and offer their product: fresh, rich, really tasty white cheese made from cow’s milk.

I don’t know how many travelers in these last 30 years, along those roads, have resisted buying white cheese, the kind that was only possible to get in those places because in our official market, either in the still known today as grocery stores or later in the stores in foreign currency, then stores in CUC and now in both foreign currency and in CUC, it was practically impossible to find fresh white cheese. Or what is the same, the national state industry was never able to meet the demand for white cheese in the country, nor the demand for other types and qualities of cheese.

It was and is illegal to produce cheese for sale outside the state enterprises as well as to buy it. However, it was never so, but so hidden, that it was not visible when traveling through those roads.

It always caught my attention that our regulations for many years made illegal what was always a tradition of our farmers who owned cows. There are areas of our country that were famous for their homemade cheeses of some farmers.

Of course, it isn’t the same to produce a cheese from time to time than to create a small cheese-producing industry that is stable enough to supply a market segment. To achieve this or any other undertaking and turn it into something that lasts, especially in Cuba, several things are needed:

Nor is it the same to produce and “casually” sell a cheese than to create an enterprise (a small enterprise) based on breaking contracts, stealing energy and not paying taxes.

It is unfortunate that a part of our enterprises suffer from these problems, it is also unfortunate that several of the reasons that cause these aberrations have survived for so long and still do so much damage.

The causes that turn a good idea, effort, dedication and hard work into something reprehensible is what has to be targeted.

The data can give us another perspective on the “cheese case.”

Production and export of cheese

If the state industry is unable to meet the demand for cheese, then what is the reason for the forbidding the other part of the national industry, the non-state one, from producing and selling cheese?

I confess that I’ve never seen any explanation for this prohibition. I haven’t found it anywhere. It simply exists beyond our understanding and apparently of objective reasons that speak against it.

Why is it prohibited if the production of the state industry is not sufficient; if Cuban consumers cannot buy it in stores and when they do, they must pay for it at exorbitant prices (almost 30 dollars for 3.4 kilos of gouda cheese); if Cuba spends tens of millions of dollars every year importing cheese, if non-state production does not compete at all or displaces state production.

Could it be to prevent/avoid health problems due to not meeting the necessary quality standards? It could, but for a long time a good part of all the pizzas ordinary Cubans eat has used “Cuban cheese.” In addition, demanding the standards and controlling that they exist and are applied would be enough. Is it not possible to regulate that whoever produces cheese for commercial purposes must obtain the necessary permits, as in any other country?

Could it be to prevent the milk that the state industry needs from being “diverted” for that purpose?

Certainly the production of cow’s milk in Cuba rests fundamentally on the non-state sector (of the almost 577 million liters of milk produced in 2018, the non-state sector produced 483.8 million and the state 93.1 million) and for several decades, milk production has been insufficient,1 also due to restrictions and prices that, far from incentivizing producers, discourage them and the non-generalization of their own technologies with proven results, such as the use of grass for pasturage, among others.

But as is almost always the case, the ban has not solved the problem. More consistent with the needs of the country would be to find better incentives to increase milk production and milk yield per cow and to promote the application of these technologies produced in our agricultural science, research and innovation system.

Isn’t it better to encourage these non-state producers? Even provide them with advice from Cuban institutions that have to do with food production? Add them, in order to regulate them more adequately?

Are these producers contributing or not, even in small quantities, to alleviate demand pressure? Do they contribute or not to import substitution? Let’s use a bit of math, in 2018 the country paid 5,634.23 dollars for each ton of cheese, how much could be saved if instead of criminalizing non-state production and marketing, which is also part of the national industry, it is encouraged and supported?

So why has there been a ban for decades that, far from helping to solve our problems, increases and deepens them? Who benefits from maintaining such a ban?

The cheese case reminds me of other ventures also mutilated from their roots; the cooperative for the production of solar water heaters that never came into being, for example, or the “provincialization” of cooperatives, or the pirouettes that many entrepreneurs still have to do to find where to place their idea within that famous positive list of self-employment jobs whose death has been announced.

He also reminded me that very recently, the press of the province of Las Tunas reported that in that territory more than 7,000 head of cattle had died from lack of food between January and July of this year. If of those 7,000, only 300 were milk producing cows, if those cows produced the national average of milk that is achieved in Cuba (1,703 kilograms per year2) in 2018, that is, 1,805 liters/year, then those 300 cows would have produced 541,560 liters of milk, how much was lost and not exactly by deviation.

But the combination of need, opportunity, and desire to do is so powerful that the cheese was made and sold. And for a long time those restaurants, instead of buying imported cheese, bought a national product, made with Cuban cow’s milk by an enterprising Cuban who never had the opportunity to turn his small “clandestine” business into a legally established small enterprise in Cuba.

1 Not even during so-called Soviet era, with cheap food concentrates and after investing a lot in the genetic improvement of the Cuban cattle mass, was it possible to produce the milk demanded by the country.