The decision does not lift the economic embargo; it only allows the application of emergency regulations in times of health catastrophe. 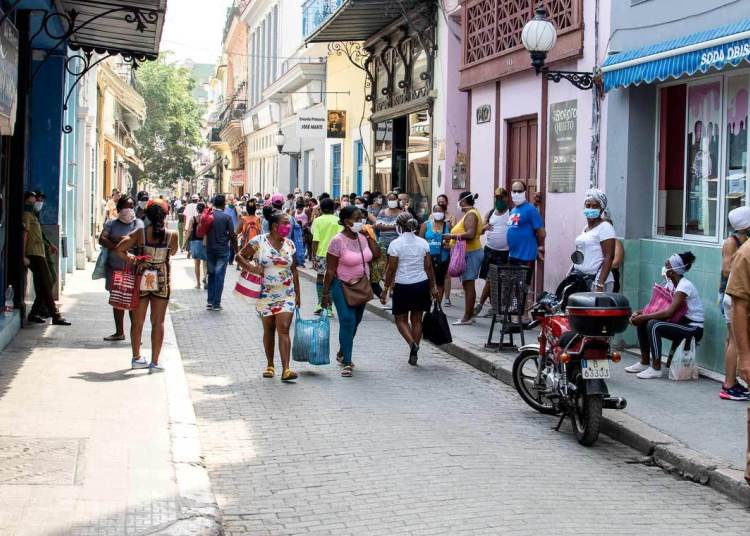 Based on the emergency situation caused by COVID-19, the well-known coronavirus pandemic, the United States government has confirmed the validity of the exceptions to the economic embargo on Cuba already provided by law to be applied to the purchase or donation of medical devices, in addition to the sending of remittances and health infrastructure to five countries under its sanctions.

“The United States is committed to ensuring that humanitarian assistance continues to reach at-risk populations through legitimate and transparent channels as countries across the globe fight the Coronavirus Disease 2019 (COVID-19). The sanctions programs administered by the U.S. Department of the Treasury’s Office of Foreign Assets Control (OFAC) generally allow for legitimate humanitarian-related trade, assistance, or activity under existing laws and regulations,” affirmed a Treasury Department statement published this Thursday.

According to the note, OFAC encourages those interested in providing such assistance during the pandemic to avail themselves of exemptions, exceptions, and authorizations pertaining to humanitarian assistance and trade available in many sanctions programs. “In the event that individuals, governments, or entities face sanctions-related challenges, have questions related to the provision of humanitarian assistance to sanctioned countries, or believe additional authorizations are needed, OFAC stands ready to provide guidance and respond to applications for specific licenses,” emphasizes the government.

This clarification includes Cuba, North Korea, Iran, Syria and Venezuela, in addition to Ukraine and Russia in relation to the dispute between the two countries, arising from the border conflict.

This statement does not represent a relaxing of economic sanctions, but rather Washington reaffirms its willingness to ease them in times of emergency, and goes on to report the series of exceptions that can be used by both individual and private entities. It indicates which regulations are to be appealed and which licenses to be applied.

There are general licenses, others that must be used on a case-by-case basis. It is also allowed to use those licenses that have no exceptions, but that can be created if the product to be exported is of medical need and inherent to the emergency aid that is to be sent.

“The Cuba embargo targets Cuba’s Communist regime, which has for decades oppressed the Cuban people and failed to meet their most basic needs. Though the Cuba embargo remains in place, and most transactions between the United States, or persons subject to U.S. jurisdiction, and Cuba continue to be prohibited, OFAC maintains several general license authorizations designed to allow for humanitarian relief and assistance to the Cuban people,” states the Treasury Department statement.

In any case, although these exceptional exports are managed through OFAC, they must first go through the Department of Commerce as the entity that regulates exports in normal times. The aircraft or vessels that proceed to transfer the merchandise must register with the authorities, although the cargo itself is already included in the general license.

“The document does not offer great hope. They say they cannot change the policy, but they are willing to apply it in a flexible way. It responds to [international] pressures at a time when the sanctions are being questioned during this pandemic,” academic Arturo López-Levy explained to OnCuba.

In his opinion, the Treasury Department refers exclusively to primary sanctions, direct U.S. transactions with Cuba, and does not include secondary ones, those of third countries for their trade with the island, which cannot be relaxed. “They definitely do not want to dismantle the primary sanctions, but they say they can relax them. This gives a very vague idea that they may act more in this direction, but most likely not,” said López-Levy.

Although it may seem like a relaxation, it really is not, he stressed, among other reasons because this does not change the essence of the embargo or affect secondary sanctions, which are those that apply to third countries whose companies need to register in the United States to be able to obtain a license to do business with the island, both in terms of the currency used and the means of transportation. As is known, ships or planes that travel to Cuba without permission from the United States are prevented from entering the latter for the following six months.

In short, during this crisis, the United States is expressing its willingness to relax primary sanctions, but it does not touch secondary ones.