The Ministry of Public Health reports 10 patients in critical condition and seven in serious condition; 2,734 persons are hospitalized. 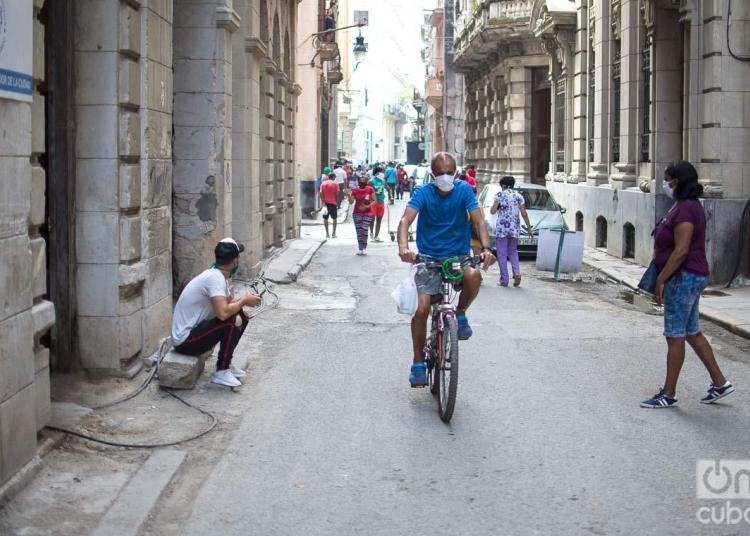 The bicycle as a means of transportation in times of coronavirus. Photo: Otmaro Rodríguez

The deceased in Cuba from COVID-19 reached 31 at midnight on April 16, after registering 4 new deaths; meanwhile, the contagion cases totaled 923 after the confirmation of 61 new infected.

All the deceased are Cuban. Three of them correspond to residents of Havana: a 76-year-old man from Cerro; a 72-year-old woman from Old Havana; and a 78-year-old man from La Lisa. The fourth case was that of an 83-year-old man, residing in the Reparto Velázquez, in Las Tunas.

The information was given this morning by the Ministry of Public Health (MINSAP), which also affirms that all the new infections correspond to Cubans. Fifty-seven were contacts of confirmed or suspected cases, and the source of infection is being investigated in 4 of them.

Of all the patients diagnosed with the new coronavirus, 681 have a stable clinical evolution. Two people have been evacuated and there have been 192 discharges (21 yesterday). 10 patients are in critical condition and seven are reported as serious.

2,734 patients were admitted to hospitals for clinical epidemiological surveillance until midnight yesterday and another 7,373 were being monitored at home through the primary health care system.