Between April and October 1980, 125,000 Cubans arrived in the United States through Key West on board about 2,000 boats named the “Freedom Flotillas.” 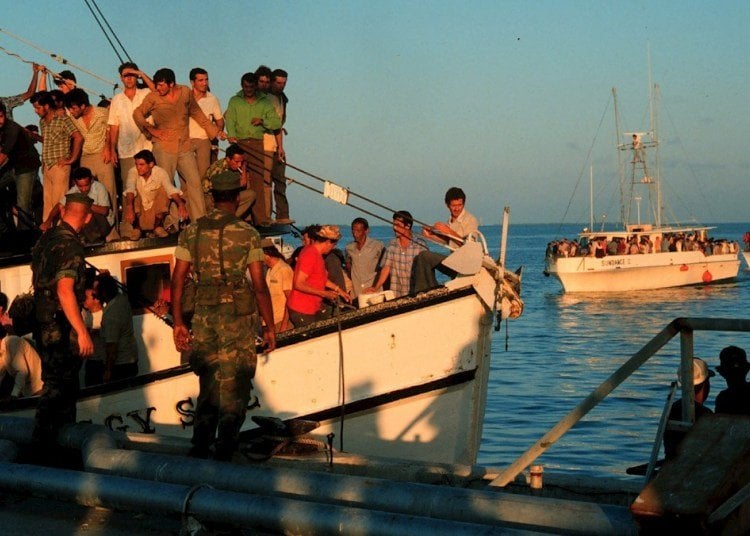 Speaking about “Mariel” in Cuba is now synonymous with a business park to attract foreign investment, but 40 years ago, that area located about 50 kilometers west of Havana was the point of departure of an exodus that went down in history as one of the great migratory crises with the United States.

This episode had begun two weeks earlier, on April 1, 1980, when a group of Cubans using a vehicle forcibly entered the headquarters of the Peruvian Embassy in Havana demanding political asylum.

The Peruvian government granted diplomatic protection to these people and refused to hand them over to the Cuban authorities, who were demanding their arrest for the death of the embassy security guard, a Cuban worker who died amid initial incidents from a gunshot.

Faced with this refusal, the island’s government withdrew protection from the diplomatic representation and, in the face of general perplexity, in the days that followed an avalanche of people arrived, exceeding 10,000. They all wanted to be allowed to leave the country.

The bilateral crisis with Peru, although it would take years to settle, was the least of the matter: then Cuban President Fidel Castro announced that he would allow those who wanted to leave Cuba to leave through the port of Mariel.

Starting on April 15, dozens of boats from the state of Florida started arriving at Mariel to pick up those who decided to leave, although it was not until the 21st when Granma daily published the official decision to not stop those boats and allow their transit.

Between April and October 1980, a total of 125,000 Cubans arrived in the United States through Key West on board about 2,000 boats named the “Freedom Flotillas.”

Subsequently, Washington accused Castro of having taken advantage of the situation to camouflage among the waves of migrants, criminals taken from jails and the mentally ill until then held in psychiatric hospitals.

Regarding that episode, the Cuban president told journalist Ignacio Ramonet in the book Cien horas con Fidel that they knew what was going to happen when they left the Peruvian embassy without protection and that the thousands of people who entered there were “mostly lumpen, eager to travel to the United States and had never been given a visa.”

“We decided and resolved it ourselves…,” he said regarding the decision to authorize the arrival of boats from Florida.

But the end of tolerance to the exits by Mariel seven months later did not mean the closure of this episode.

The tug-of-war seemed to culminate in 1984, when Havana accepted the return of some 2,700 “Marielitos,” but in the end only 201 were deported in five months.

Castro put an end to the negotiations because Radio Martí, considered by the Cuban government to be a subversive media outlet, began broadcasting from Florida to the island.

In 1987, a new agreement was reached to resume deportations after Cubans who arrived during the “Mariel exodus” and were imprisoned for crimes already committed in the United States staged riots in prisons in Georgia and Louisiana.

And the epilogue to this migratory crisis is not in Havana or Miami, but in Lima, which is where in April 1989 the last two Cubans who remained exiled in the Peruvian Embassy finally traveled. They had been there for nine years.