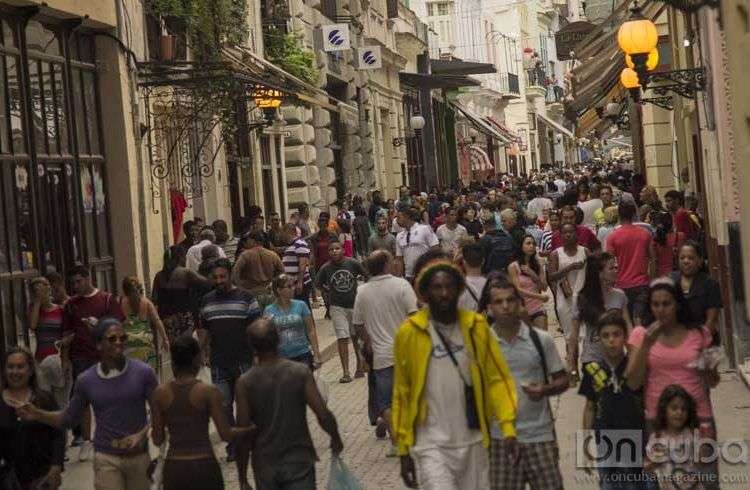 Starting today, Cubans who choose the Cuban Family Reunification Program (CFRP), must submit to the Interests Section in Havana United States (USINT) an application for travel document (model I-130, costing $ 360), plus the immigrant visa petition (form I-131, worth $ 420).

Before the CFRP was at no cost, and defrayed by the Department of Citizenship and Immigration Services (USCIS) through income generated by other immigration benefits. But since this February 17, and “to bring cases of CFRP closer to most other parole requests made to persons outside the territory of the United States” costs for Cubans who want family reunification in the US should spend no less than $ 780 in total, about 20 thousand Cuban pesos.

However, as announced by the website of the US Interests Section, “applicants may request a fee waiver” through another model.

The measure was announced from the same December 18, 2014, a day after the United States and Cuba announced their intentions to have a diplomatic approach. At that time it was set on February 17, two months for those who had been reported as eligible for this program submit their completed documents to the National Visa Center (NVC). Otherwise, they should expect a summons from the NVC for inclusion in the CFRP.

In addition, the immigrant visa petition must be sent to USCIS, who have the final decision in all cases, and then notify the Interests Section and NVC will send invitations to eligible applicants.

With these measures, the US advances its steps towards reducing immigration benefits granted to Cubans in the context of a relationship of enmity with the revolutionary government.

“The Parole Program of Cuban Family Reunification (CFRP) is a type of parole of public benefit granted by US Citizenship and Immigration  to citizens residing in Cuba,” according to US Interests and was created by the administration of George Bush, and allows family members who take the program to enter US territory without waiting for their immigrant visas finish processing. After a year and a day, the beneficiaries may choose to regularize their immigration status in USA.