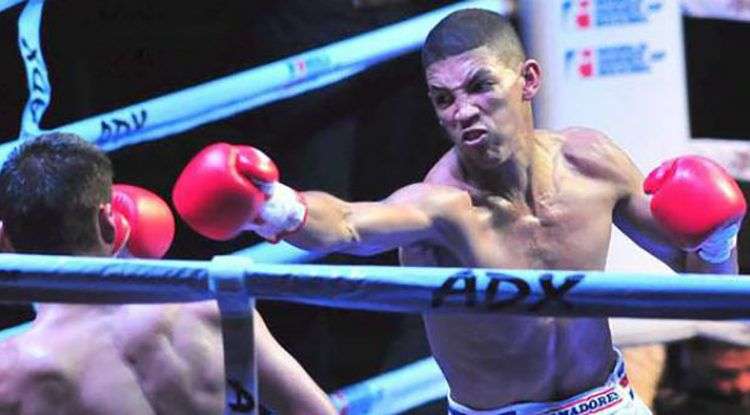 Cuban Marcos Forestal debuted in style in professional boxing when beating by knockout in the second round the veteran Hungarian Ignac Kassai ( 16-38, 15 KO), in a combat held in Queens, New York.

The native of Guantanamo province defeated his rival with a left hook in a fight agreed to four rounds. The test, of course, was not so rigorous for the former member of the Cuba Domadores, who left the official delegation on April 12, 2014, when the national team was getting ready for the quarter-final match against the United States in the 4th World Series of Boxing (WSB).

The Cuban boxer is now training under the command of the famous Jesse Reid, who has also trained Hector Camacho, Roger Mayweather (brother of Floyd Sr.), Lamon Johnny Tapia, among others, besides being member of the Hall of Fame since a decade.

Currently he resides in Los Angeles, after signing with his new representative, the Irish manager Gary Hyde. The European is who rules the destinies of one of the best pound per pound boxer in the world, the also Cuban Guillermo Rigondeaux, 122-pounds leader.

The latest information dictates that Forestal will return to the ring n ext March 6, according to Hyde himself.

Other news of professional boxing indicates that the world champion at 135 pounds, Pinar del Rio´s Richard Abril, had to withdraw from defending his belt of the World Boxing Association (WBA ) agreed for March 6 in Liverpool, against the British Derry Mathews due to a viral infection that keeps him in bed.

This is not the first time Abril is unable to display his authority. On January 23 he was going to face Anthony Crolla, in Manchester , but the match was not held because the challenger suffered several injuries to his skull when attacked trying to prevent theft.

The ill-fated bout against Mathews was the third time that Abril would expose his belt. The first one occurred in March 2013, in Las Vegas against Shariff Bogere, and a few months later, on September 20, he defended it versus Edis Tatlien, in Helsinki, Finland. Both fights were won by the Cuban.