His name is Alexander Alazo, he is 42 years old and resides in Aubrey, a town located about 50 miles north of Dallas, Texas. 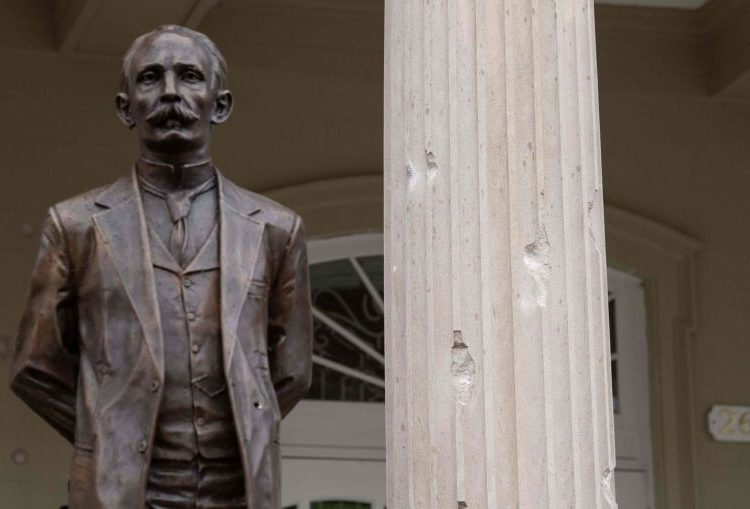 The day after the attack on the Cuban embassy in Washington DC not much is known about the shooter, except that his name is Alexander Alazo, he is 42 years old and resides in Aubrey, a town located about 50 miles north of Dallas, Texas. Public records show that he has connections to Virginia, Pennsylvania, and Florida.

According to those public records, to which The Miami Herald daily had access, Alazo lived in Florida in Miami-Dade and Broward counties between 2011 and 2017, the latter year when he moved to Texas. He has no criminal record and is licensed to practice as a masseuse, first issued in Florida and then renewed in Texas.

According to a Secret Service spokeswoman, he was arrested on charges of possession of unregistered firearms and ammunition, assault with the intent to kill, and possession of a high-capacity weapon.

CCN # 20065452 of the Washington DC Metropolitan Police Department states that at the time of his arrest, to which he had no posed resistance, an AK-47 assault rifle, ammunition, and “a white powder substance were confiscated in a small sachet.”

The initial judicial hearing of his case was postponed yesterday, Thursday, April 30, in the U.S. District Court. The day was not immediately established.

During the last hours, various sources have been reporting that he is a schizophrenic individual. In an article published in the Diario de las Américas, an unidentified pastor from South Florida maintained that “he has been diagnosed with schizophrenia for many years and is obsessed with the idea of ​​being persecuted.”

According to a Public Broadcasting System (PBS) feature, Alazo settled in Mexico in 2003 and later applied for political asylum in the United States. He told police that in 2014 he had returned to Cuba to preach in a church and that there he had begun to receive threats from organized crime groups.

According to the same source, which claims to have had access to court documents in the case, for several months he had been living in his car and moving from state to state. He attacked the embassy, ​​he said, “because he wanted to catch them before they caught him” due to constant threats from the Cuban organized criminal organization.

Alazo told investigators that he had been treated in a psychiatric hospital and that his wife, who is a nurse, had suggested that he seek treatment when he heard voices in his head. He was prescribed medication in March after a visit to a psychiatric facility, but he has not “fully complied with his medications,” according to those court documents.