Havana, Matanzas, Holguín and Santiago de Cuba, the only provinces that reported cases. 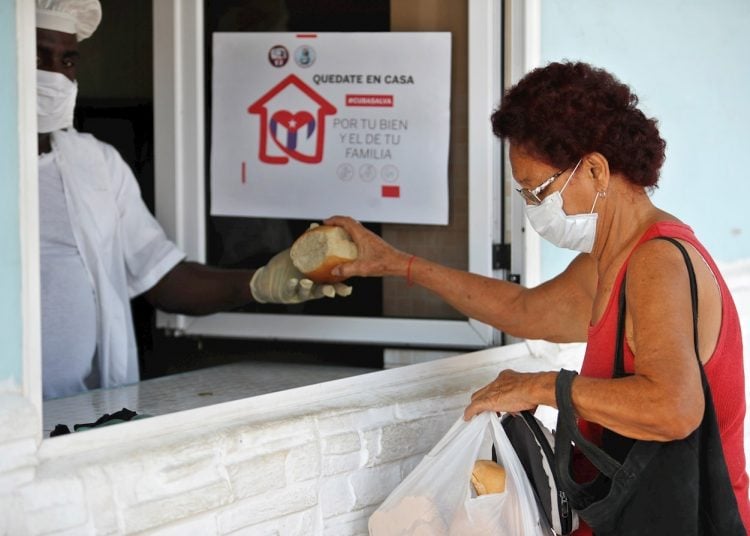 A woman with a facemask buys bread in Havana. Photo: EFE/Yander Zamora.

This Tuesday closed for Cuba with 30 new infections and no deaths caused by COVID-19, a fact that had not happened since the beginning of March, when the pandemic began to take hold on the island.

Today the report by the authorities of the Ministry of Public Health (MINSAP) recalled that the total number of infections had reached 1,467 and the death toll 58.

And as good news, 42 patients were discharged yesterday.

The 30 reported cases are Cubans; 23 of them had contact with patients and the source of infection is not specified in 7 individuals. Their residence is as follows:

Eleven of the 30 diagnosed cases were women and the most affected age groups are those under 40, with 17 cases; followed by the group of 40 to 60 years, with 7 cases; 36.7% of the new positive cases were asymptomatic.

Seven people in critical condition and seven in serious condition were reported.

In response to OnCuba’s question about possible differences between the isolation measures applied at local transmission sites in Havana and the strictest quarantines decreed in other provinces, Dr. Francisco Durán, national director of epidemiology of MINSAP, said there are no differences in their application

“Quarantine measures are in relation to the number of confirmed cases, with the extension…because there are times that they are delimited to a small area, there are times that they are extended a bit more in the territory; but, wherever, in all the events in which quarantine measures have been applied they are all the same. There is a pattern, there is a regulation on what are the aspects that must be complied by the population, by the organizations that participate in these actions, by the Civil Defense,” he said.

At yesterday’s close, the number of people hospitalized for clinical epidemiological surveillance reached 3,688 patients, while 6,839 were under primary healthcare surveillance at home.