23 people were discharged yesterday. No further death occurred. 26 of the new positive cases had no symptoms of COVID-19 at the time of diagnosis. 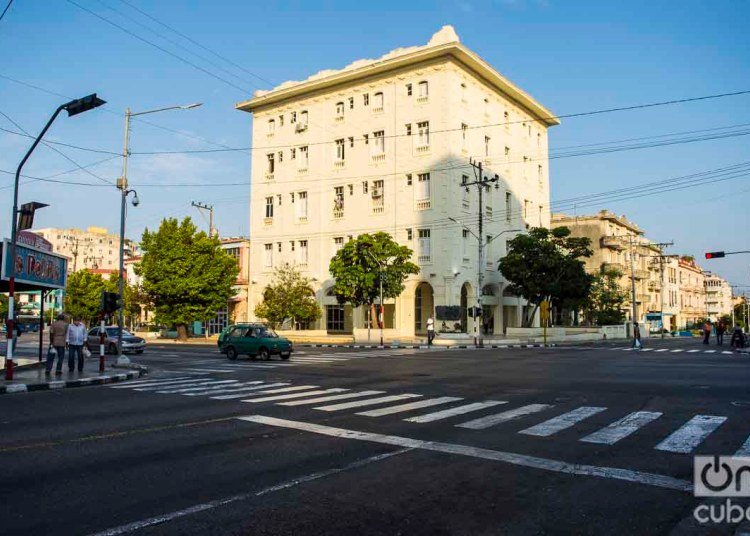 In the face of the pandemic’s increase: “Stay at Home.” Corner in Vedado, Havana. Photo: Otmaro Rodríguez

Already 564 coronavirus positive cases of contagion have been reported in Cuba, Dr. Francisco Durán, director of epidemiology of the Ministry of Public Health (MINSAP), confirmed this Friday morning.

The specialist, whose presence is familiar and expected by Cubans since the pandemic started being discussed, added that the deaths did not increase, keeping the number of fatalities at 15.

The information includes a cut made at midnight on Thursday, April 9, at which time 1,867 people continued hospitalized.

The 49 confirmed cases correspond to Cubans; 32 of them were contacts of positive cases; 16 were related to travelers from abroad; while the source of infection of one is being investigated. A very important fact: 26 of these people were asymptomatic at the time of diagnosis.

The residence by province and municipality of the cases added today is as follows:

The persons admitted for clinical-epidemiological surveillance totaled 1,867 at the time of closing this report by MINSAP. Another 9,761 people are under primary healthcare surveillance in their homes.

OnCuba, interested in the mechanisms used in the tests carried out on the suspected cases in the Isla de la Juventud, taking into account the reduction in transportation between the special municipality and the rest of the country, received a response from Dr. Durán.

“It is done by air,” he said, adding: “The cases that have been confirmed have been and will continue to be by this route.”

“Throughout Cuba a mechanism has existed for more than 10 years, that as the national reference laboratory is in the IPK (Pedro Kourí Institute of Tropical Medicine), since always, of all the samples, a group of them is sent to the IPK. There is a mechanism established with the buses from Viazul, which transport these samples in adequate preservation,” he said.

The specialist also added that, with the reduction of passenger transportation, cars destined for this activity are now used.

In the eastern zone the samples are analyzed in Santiago de Cuba; those of the center, in Villa Clara; meanwhile, Havana does it in the same province. In the West, the samples go to the IPK; but, those of the sick admitted to the Naval Hospital, and those of Mayabeque, due to their proximity, are taken to the laboratory of the Civil Defense Research Center.

Of the 564 diagnosed patients, 485 have a stable clinical evolution. Six patients are in critical condition and five in serious condition.

The country has carried out 12,023 tests until today.