The suspension of the lawsuit is due to the state of emergency in Florida because of the COVID-19 epidemic. 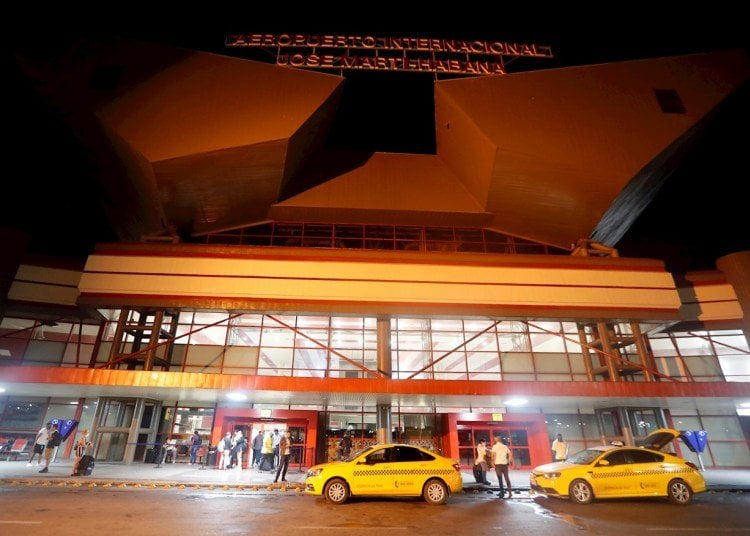 A federal judge in Miami granted American Airlines and Latam Airways a request for suspension at hearings over a lawsuit against the company for the use of the Havana airport. The decision is due to the current sanitary crisis because of the COVID-19 pandemic.

The lawsuit has been filed by José López Regueiro, heir to José López Villaboy, a former Cuban businessman, a representative of the Fulgencio Batista regime, who owned the airport and its land, and also includes the Chilean airline Latam Airways. The latter suspended flights to Havana when the lawsuit was filed, while American Airlines is not flying due to restrictions because of the coronavirus. But before that, flights to the entire country were reduced by order of the Trump administration.

Judge José E. Martínez justified his decision by saying that the uncertain times of the pandemic constitute sufficient reason to suspend the discussion based on the “impossibility of proceeding orderly with the case, and given the uncertainty of [the continuity] of the duration of the restrictions and the global pandemic, and to protect parties and judicial resources.”

In any event, the judge emphasized in a two-page decision, “I have decided that both parties will not be harmed by this decision. The case will be reopened at the request of the parties on May 1 and all subsequent months.” In other words, if the conditions that have led to this temporary suspension of procedures still persist in May, the request for reopening will be evaluated month by month while the crisis caused by the coronavirus lasts, reported the legal Law360 website.

On Friday last week, the lawyers of both airlines asked Judge Martínez to suspend the sessions for 60 days, wielding the existence of the pandemic and the poor financial situation of the airlines due to the global crisis in the civil aviation sector. But López Regueiro asked him to deny the request saying that, in principle, he agreed to address the issue of the 60 days, but that he did not believe that the case should be frozen, especially since a discovery session was scheduled for last Wednesday.

The litigant argued that American, which owns part of the capital of Latam Airways, “for months has had the opportunity, and should have used it, to do what they had to do and to comply with their obligations [to deliver their evidence of the case in the process of discovery] instead of raising objections that were not well-founded. “

For this reason, “American should not be allowed any further postponement and evasion of its obligations to produce its evidence under the excuse of a crisis that has surged in the country for two weeks,” argued López Regueiro. In fact, the coronavirus crisis began in mid-February in the United States. Last month, states began to order home lockdown and limit travel and the normal operation of airlines.

“Freezing the defendants’ obligations in relation to producing evidence only rewards their impeding efforts and causes an unreasonable delay in the resolution of this matter, which contradicts the instructions of the federal regulations of civil procedure that require an expedited resolution of the case,” he added.

American replied that the operations of the companies are greatly affected and that at this time the airline is focused on protecting the business, its employees and passengers, so the case had to be stopped for now and give it space to focus on public safety and the survival of the industry while the COVID-19 pandemic lasts.

López Regueiro brought the airlines to court after the Trump administration lifted the ban on Title III of the Helms-Burton Act  and claims monetary compensation for the use of the Havana airport, “confiscated” in 1959.

In this case there is a detail that cannot be ignored. According to various sources from both Miami and Havana, the airport was actually “confiscated,” but outside the framework of the nationalizations of American properties that began in 1960, basically by executive decrees of the revolutionary government.

The plaintiff’s father was a newspaper editor, owner of radio media and a representative of the dictator Batista, representing him in many shady deals. One of them began with the purchase of the José Martí airport, on November 14, 1952, for 1.5 million dollars, as was revealed at the time by The New York Times. The airport, then called Rancho Boyeros, was built and owned by the American airline Pan American Airways at a cost of more than 2 million dollars. In other words, the sale was less than the real value of the property.

After the revolution of January 1959, the airport was confiscated within the framework of the Law for the Recovery of Embezzled Assets, in the early 1960s. In the required investigations, the data emerged that the difference between the real value of the airport and that of the sale in 1952 would indicate that at that time there was political pressure for the airport facilities to be ceded at a low price by then President Carlos Prío Socarrás’ entourage.

But Batista carried out the coup d’état and over the years acquired shares of the airport and Cubana de Aviación, whose majority partner in the two companies was precisely José Luis Villaboy. The investigations at that time concluded that it was an embezzled asset. Twenty-one charges of embezzlement were raised against Villaboy.