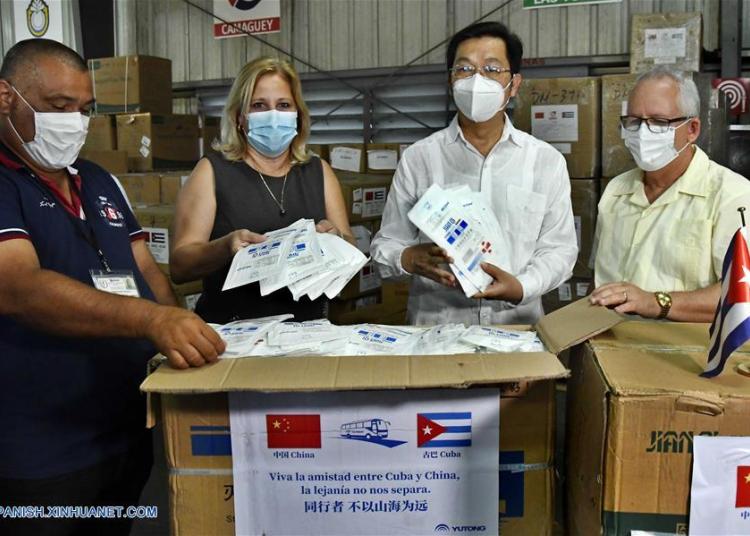 The government of the People’s Republic of China, the Yutong bus company and the Red Cross handed over to the Cuban health authorities another donation comprising medical supplies to cope with the new coronavirus.

The donation includes 4,000 diagnostic tests donated by the Chinese Embassy in Havana and 100,000 dollars sent to the Ministry of Public Health (MINSAP) by the Chinese Red Cross, in addition to three million face masks, 100,000 surgical gloves, 10,000 protective suits and an equal number of protective glasses delivered by the Yutong Company.

According to the Xinhua press agency, the ceremony to hand over the donation took place in one of the MINSAP warehouses, during which the Chinese ambassador in Havana, Chen Xi, recalled that “Cuba has been able to effectively confront and control the spread of the pandemic, confirmed cases tend to decline markedly and recovered cases increase consecutively.”

For her part, Cuban First Deputy Minister of Foreign Trade and Investment Ana Teresita González said in her official account on Twitter that the donation constitutes one more example of solidarity and brotherhood between both countries, on the 60th anniversary of the establishment diplomatic relations.

Navarro and the general director of the American division of Yutong, Zhang Yaowu, also signed the minutes of the delivery of the supplies donated by the Chinese bus manufacturing company.