Executives from the Cuban agricultural sector affirmed that production has been depressed “due to the low availability of animal feed accessible to producers, a phenomenon that affects the meat mass stipulated for each specimen before its marketing.” 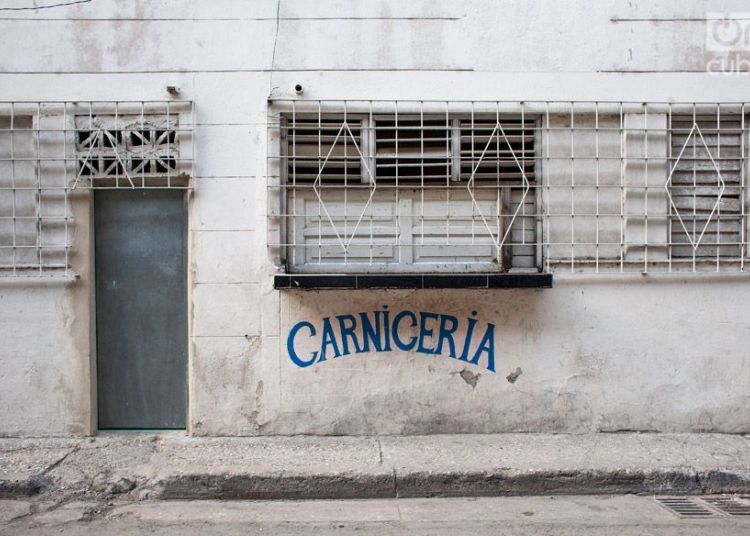 In the first quarter of this year, some 7,000 tons of pork, one of the foods most in demand by Cubans, were not produced in Cuba, according to executives from the island’s agricultural sector.

Regla Ferrer, national director for pork production of the Livestock Higher Organization of Business Management (OSDE), belonging to the Ministry of Agriculture, said that the monthly production volumes of this product remain above 9,000, “a figure much lower than the more than 12,000 tons required,” the official daily Granma reported.

Ferrer explained that the production of pork has been depressed “due to the low availability of animal feed accessible to producers, a phenomenon that affects the meat mass stipulated for each specimen before its marketing.”

He also said that liquid feed, “one of the promising alternatives being undertaken,” could not continue being used in animal feed due to the paralysis of tourism due to the COVID-19 pandemic, “because this sector provided the grosss of organic raw material for the elaboration of said feed.”

This is why a breach of the previewed plan for the year is already foreseen, which had been 170,000 tons.

As a palliative, she commented, “emphasis has been placed on the sowing of national food to supply the feed deficit,” while promoting “the generation and dissemination of the raising of dark-coated pigs (Cuban), more adaptable to the island’s conditions and accessible inputs such as the royal palm’s fruit.”

In addition, she stated that “the first three genetic centers for this purpose will be located in (the provinces) Pinar del Río, Sancti Spíritus and Granma,” but noted that “this is a long-term project.” Meanwhile, she said the aim is for farmers who have Cuban pigs “to start contributing to local self-reliance.”

Regarding chicken production, Norberto Espinosa, president of the Livestock OSDE, pointed out that “it is relevant” that this year all Cuban provinces “have started to produce chicken,” although he said it is still being done “in a very incipient way.”

According to Espinosa, to date only 1,098 tons have been produced, “a very small number compared to the 300,000 tons of this product that Cuba imports annually to satisfy domestic demand.”

The executive pointed out that Cuban production must benefit from four foreign investment businesses, “which, it is estimated, can generate about 100,000 tons of chicken for the country, which would be subtracted from the amount currently imported.”

Finally, OSDE executives said that the production of eggs on the island “had an increase of 40 million units compared to the same period the previous year,” and that in the coming months “it should maintain this rhythm, which augurs a compliance with the plan set at 1.912 billion eggs.”

Both eggs and chicken are two of the products most sought after by Cubans today. Both are sold by the government through the ration book, while a part, especially chicken, is sold in stores in convertible pesos (CUC), which generates long lines at a time when the island is going through a difficult economic situation and is trying to contain the spread of COVID-19.

As for pork, it is sold freely, but the drop in its production has caused its absence at sales outlets and has increased twofold the price established by the government for its marketing by individuals.

ETECSA: no “wrong pricing” in consumption of data voucher

Leonardo Padura: with Cuba and with my language in tow...