People with this spectrum’s disabilities are unique and unrepeatable and must have a space where they “fit” within society. 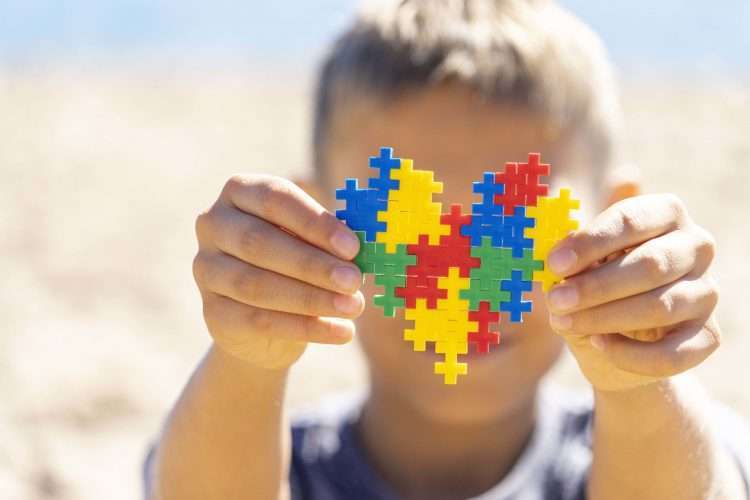 Until a few years ago, autism was practically unknown to the general public. That it does not continue to be that way is largely due to the different symbols that have been used to give it visibility. Among them, the color blue or the symbol of a blue ribbon are the most widespread ways to represent it, because they uniquely capture the idea that the life of those who live with this condition can be like the sea: sometimes calm and bright; others, dark and terrible; but always wonderful.

Autism is not a disease per se, but a group of syndromes that are grouped into what is known as Autism Spectrum Disorders (ASD). These are defined as “developmental disabilities” caused by “differences in the brain.” People with ASD have problems with communication and interaction, as well as repetitive or restrictive behaviors or interests. By restrictive interests is understood the unusually intense attraction for an object or part of an object, such as, for example: the tires of toy cars.

Although its causes are not known for sure, it is known that for all the symptoms of autism to appear, an individual must be a carrier of 15 to 20 different genetic alterations. These will occur in genes that control brain growth and the way neurons communicate with each other, causing disruption of their normal development. ASD are also related to other disorders: up to 80% of children with autism suffer from various degrees of the so-called “mental retardation,” between 35 and 40% suffer from epilepsy and 5% have fragile X syndrome — it is an alteration of a gene that is the most frequent cause of inherited intellectual disability in children. Other diseases that are related to autism are meningitis —  infection of the layers that cover the brain —, genital herpes and congenital rubella. Also, exposure to substances such as agricultural pesticides, cocaine use during pregnancy, and obstetric complications during childbirth can increase the risk of developing autism.

Autism Spectrum Disorders comprise five syndromes or forms of presentation. The most frequent is infantile autism, also known as Kanner syndrome, an affectation of the three spheres of autism (communication, social interaction and repetitive behaviors and interests). Asperger syndrome, for its part, is a mild form of autism; carrier patients are not capable of interpreting the emotional states of others but maintain a normal development of both language and intellect. The other disorders on the spectrum are Rett syndrome, which is characterized by a severe intellectual delay in the acquisition of language, as well as in the coordination of movements; Childhood Disintegrative Disorder, which appears suddenly at 3 or 4 years of age, in children who had presented normal development up to the time of diagnosis; and Pervasive Developmental Disorder-Not Otherwise Specified (PDD-NOS), which is a kind of “big sack” that includes children with difficulties in communication, socialization and behavior, but who do not meet the specific criteria of any of the previous ones.

In the case of ASD, an early diagnosis is essential, and, for this, it is very important that the family recognize the alterations in the development of communication skills and social interaction that children present. For example, they must be able to look into people’s eyes and maintain eye contact from the earliest moments of life; at nine months they should respond when called by name and show expressions of happiness, sadness, anger, surprise; at a year they must participate in simple games such as clapping their hands and be able to make gestures, such as waving bye-bye. Later, they must show an object that they like; at a year and a half they should point to interesting objects, while at two years they should know how to differentiate when people are sad or upset; that they are not able to do so should give us a clue of disability. On the other hand, children and individuals, in general, with any of the different autism disorders tend to have unusual or “weird” behaviors or interests. Among them are: putting toys in a row, playing with them always in the same way and getting upset with minimal changes; repeating words or phrases over and over again, which is known as “echolalia.” These children also have to follow certain routines and make gestures such as flapping their hands, rocking their bodies or turning in circles, these are the so-called “self-stimulatory” behaviors, which also include staring into space.

Once some of these symptoms are recognized, the diagnosis of the disability will fall into the hands of a team of specialists who will be in charge of diagnosing and defining treatment strategies. Although none of the disorders on this spectrum can be cured, with the appropriate therapies the symptoms can be greatly attenuated and the quality of life of those who suffer from them improved. Given the great diversity of forms that autism has, therapy must be individualized and adjusted to the needs of each subject. They usually include activities aimed at language development and social interaction. Also, in childhood, exercises are done so that the child is able to express feelings and emotions, and to recognize those of others. As I already said, there are no medications for the treatment of autism, but drugs are used for the symptoms associated with these disorders, such as epilepsy and attention deficit disorders, among others.

Finally, Animal Assisted Therapies (AAT) are a set of techniques that seek to help people with autism increase their abilities to interact socially. On the other hand, it has been proven that they decrease self-stimulatory behaviors, increase play skills and promote a greater and better use of language. Although the therapist and a rehabilitator must be present in them, it is often said that dogs — or horses, dolphins and even sea lions — are “the best therapists.”

In Cuba, in 2020 there were 968 children and adolescents under 18 years of age with autism, integrated into different forms of education. Likewise, a project for early and comprehensive care for children with ASD, developed by the Barrás-Marfan University Pediatric Hospital in Havana, received the Eureka 2022 World Science Award in June of this year. However, although these are important steps, much remains to be done in terms of education and social awareness to avoid stigmatizing attitudes. People with this spectrum’s disabilities, like other human beings, are unique and unrepeatable and must have a space in which to “fit” within society. Helping them make their days more like a bright summer sea is in the hands of everyone.