“If we want to be honest and we want to know how things are, this situation that has been dramatically worsening in recent months, also has to do with decisions that Mr. Trump made in the last days of his mandate,” said the head of EU diplomacy in an appearance before the Foreign Affairs Committee of the European Parliament. 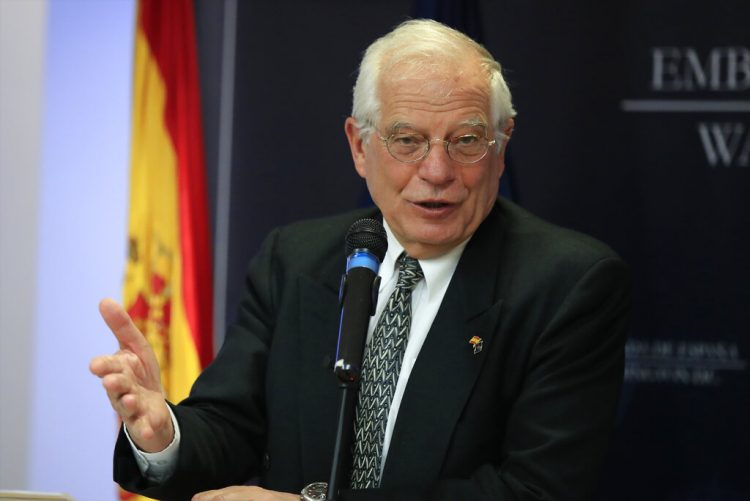 The high representative of the European Union for Foreign Policy Josep Borrell, when he was Spanish foreign minister. Photo: Manuel Balce Ceneta/AP/Archive.

The high representative of the European Union (EU) for Foreign Policy, Josep Borrell, affirmed this Wednesday that the decision of former U.S. President Donald Trump to suspend Cuban families’ remittances influences the situation for which protests have broken out on the island.

“If we want to be honest and we want to know how things are, this situation that has been dramatically worsening in recent months, also has to do with decisions that Mr. Trump made in the last days of his mandate,” said Borrell in a routine appearance before the Foreign Affairs Committee of the European Parliament.

Specifically, he referred to the measure to “prohibit families in Miami from sending, as they have been doing for years, transfers to their families in Cuba.”

“That means cutting off, overnight, many resources that Cuban families received, due to a decision of the outgoing U.S. administration taken in the last days of its mandate,” he pointed out.

For the high representative of the European community, “that also has an influence.” He pointed out that on the island “the situation is dramatic, they currently lack syringes, medicines, fuel.”

“It has never been easy, but at this time it is more difficult and it is natural that there are times when the tense social and economic situation provokes protest movements,” he said.

Borrell affirmed that “in Cuba, there are political problems, but there are also problems derived from political decisions made by others that dramatically affect the population and that I certainly do not support.”

He also recalled that the EU, “every year, at the United Nations, asks that the U.S. blockade of Cuba be lifted,” and assured that it will be the case again at the next General Assembly of the organization in September.

On the other hand, he regretted that “instead of suspending it, Mr. Trump, before leaving, decided to suspend the possibility of sending family remittances to Cuba.”

“Doesn’t this also have something to do with the economic situation getting worse? Of course,” he added.

Borrell recalled that on the 12th he alluded to the situation in Cuba during a Council of Foreign Ministers of the EU, and that he then urged the Cuban government to “allow the exercise of the fundamental rights of citizens, free demonstration and freedom of peaceful demonstration.”

Borrell assured that the EU is following the situation and argued that “everything is not resolved through megaphones, or making announcements,” since “there is a lot of work that is done, and it is done better, through personal contacts.”

The protests in Cuba began last Sunday with cries of “freedom” in the streets, after which the government of the country cut the internet, reinforced police control, and accused the United States of financing the social outbreak.