The Camagüey authorities established a curfew this Monday, which prohibits pedestrian and vehicular movement, from 10:00 p.m. to 5:00 a.m., among other prevention and control measures. 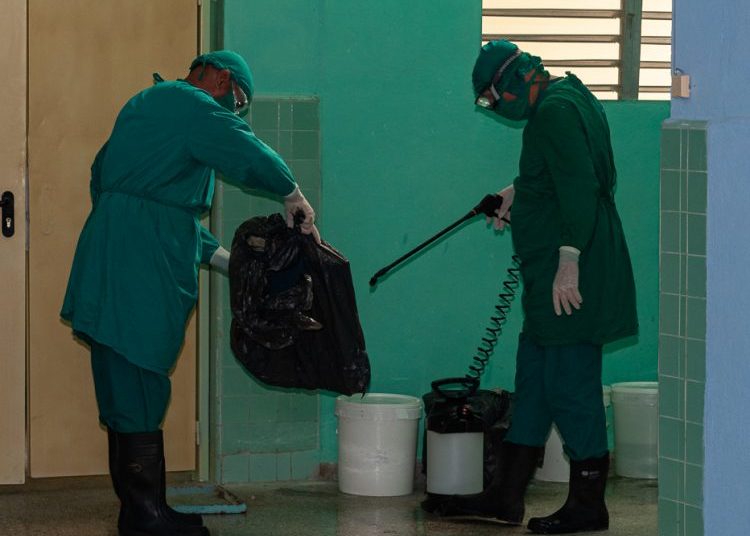 The Camagüey government decided to adopt new measures to strengthen surveillance and control of COVID-19, including a night curfew, after the appearance of three new confirmed cases of the disease in that Cuban province.

The three new cases reside in the main municipality and two of them are workers of a Banco Popular de Ahorro bank located in the center of the city, “which intensifies the alert to the possibility of transmission due to the constant influx of public to the site,” the website of Radio Cadena Agramonte pointed out. The fact that its source of infection has not been determined sets off the alarms of the authorities of the territory.

Those infected with the coronavirus in Camagüey, and those transferred from neighboring Ciego de Ávila―which is together with Havana one of the territories most affected by the pandemic―are treated at the Octavio de la Concepción and Amalia Simoni hospitals, which suspended the rest of the emergency services and doctor’s visits, said the provincial deputy director of healthcare, Dr. Lorena Reitor, according to the Adelante newspaper.

Three other imported cases from the territory are being treated in Havana, where they were fulfilling the mandatory quarantine at the time of their detection.

Reitor explained that at the Manuel Ascunce Provincial Hospital “only relative urgency or emergency surgeries will be assumed.”

The health authorities also decided to suspend family visits to patients in hospital institutions and passes for those in homes for the elderly and psychopedagogical centers, according to the source.

Camagüey authorities established a curfew on Monday, which prohibits pedestrian and vehicular movement, from 10:00 p.m. to 5:00 a.m.

In addition, they indicated the mandatory use of the mask in all public spaces and the application of the hygiene protocol in state institutions, which includes the prohibition of access to people with respiratory symptoms to work and study centers.

Likewise, controls at access points to the province will be increased and the prohibition of carrying passengers in cargo vehicles will be maintained. Public transportation means will reduce the number of passengers to 50% of their capacities.

For now, teaching activities are maintained, according to Mercedes Escuredo, head of the education subgroup of the Provincial Defense Council.

The government ordered the closure of bars, cabarets and nightspots; swimming pools outside hotels or for athletes, party houses and gyms. Other recreational facilities such as amusement and botanical parks, zoos, museums, game rooms, the Youth Computer Club, fairgrounds and others will receive half their capacities.

No activity may be carried out in squares or parks that involve crowds or hire artistic talent from other regions.

Finally, work is being carried out on expanding the isolation centers for suspects and contacts of confirmed cases, and active screenings and diagnostic tests will be increased, while waiting for the results of more than 300 PCR tests already sent to laboratories.

Coronavirus in Cuba: one deceased and 73 new contagions