The Cuban minister of health assessed the epidemiological situation at the Mesa Redonda television program, reiterating the need for self-protection and the full support of citizens. 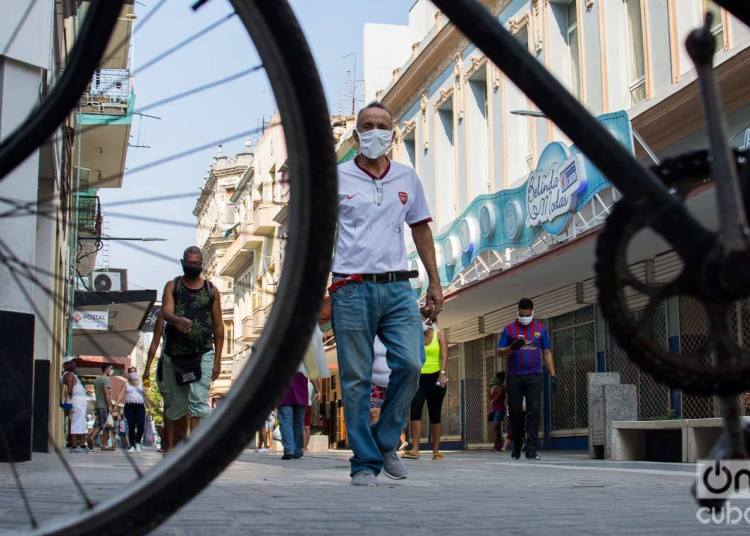 At the Mesa Redonda television program this Friday, Cuban Minister of Health José Ángel Portal Miranda assessed the national epidemiological situation presided by a clear message: “We all have to protect ourselves, especially vulnerable groups. The knowledge we have of how to participate will avoid greater consequences.”

To do this, he reiterated the need to obtain the support of all citizens. “The teamwork carried out in the country is important, which is not only carried out by the Ministry of Public Health. The actions that we have been developing jointly must compulsorily contribute to the country having control of this disease,” he said.

Referring to the world situation, he said that according to official statistics, 182 countries have reported confirmed cases: they already exceed two million; the death toll is 136,320. The mortality rate has continued to rise and even exceeds 18% in some areas. “As the number of cases increases and the appropriate measures are not taken, health systems become packed, they collapse. It is what we have to avoid in our country,” he said.

He reported that this Thursday, April 16, 2,734 patients were admitted to hospitals in Cuba; of these, 1,777 are suspected and 698 are confirmed cases; 1,480 cases had been studied and 61 were positive, higher than the reports of the last days.

He said that the local transmission events and vulnerable populations are being studied, especially in rick areas. “As the country’s scenario is assessed, we will increase the number of tests.”

He said that the rapid tests were being done “with certain reservations” because they have not been totally effective, a problem the World Health Organization has warned.

In Cuba, he said, this type of tests has been done on certain groups to increase knowledge about how transmission behaves. “Many times it is detected that people have been in contact with the virus, but this is not synonymous with being sick. In fact, many of those that have tested positive could later turn out to be negative.”

“The method that allows true confirmation is the molecular biology test (real-time PCR), the means used to study the 23,414 samples so far, of which 3.9% have been positive.”

As previously reported, predictable modeling in Cuba describes three scenarios: favorable, average, and critical. According to Portal Miranda, so far “the country is moving between the first and second scenarios, below the critical or average that could have been expected.”

This has to do with the measures taken by the government, but, he emphasized: “We cannot be over-confident, because the studied scenario can reach a critical figure. If we increase discipline and each one complies with the measures, we can move through the most favorable scenario. That depends on each one of us.”

The current situation, he said, allows the limited local transmission stage to be maintained at certain points. However, “we are vigilant and we will not hesitate to go to a higher stage when the scenario indicates. We can even determine that a province can go to a next phase, and not the whole country.”

He said that in Cuba the behavior of serious cases differs from that experienced by other countries. Of the total number of infected people, 9.1% have been reported as serious patients and 4.6% as critically ill. Thirty-one have died, for a 3.3% mortality rate.

“This is why,” he explained, “all cases are being studied, regardless of the fact that they do not have symptoms of the disease, thinking about the patient to guarantee timely treatment, and also to protect health personnel.”

The number of recovered patients is 192, and it will increase as the days go by. Currently, there are ten critically ill and seven seriously ill patients, 64% of them in Havana, he said.

“We have diagnosed cases across the country,” he said. Of the 923 cases confirmed since March 11, 833 are Cuban and 40 are from other countries. Of the first, only 125 had their source of infection abroad, “hence,” he said, “the care that must be taken because anyone can be a carrier of the disease and transmit it.”