In addition, yesterday no deaths from COVID-19 were reported and 151 patients were discharged in Cuba, with which the number of fatalities remained at 148 and the number of recovered rose to 11,682, 82.3 % of positive cases to date. 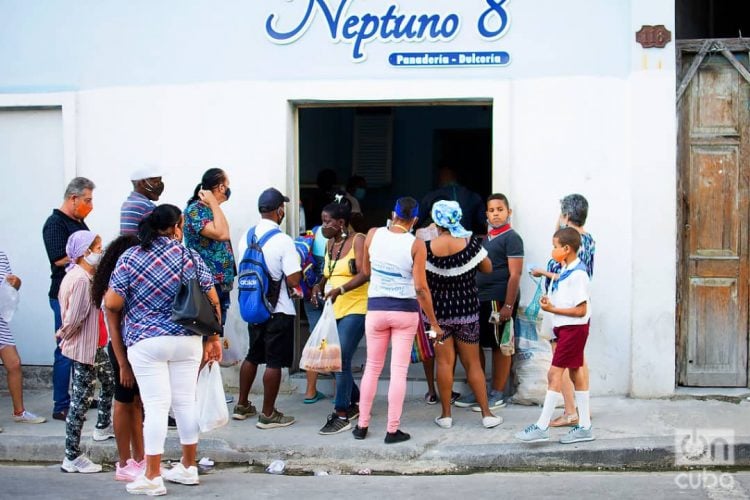 Infections with the SARS-Cov-2 coronavirus continue on the rise in Cuba, after 365 new cases were reported at the close of this Friday, a new daily record in the country. With this, the number of positive cases detected exceeded 14,000 (14,188) since the beginning of the pandemic, while active cases in one day reached 2,332, also negative marks for the island.

In addition, yesterday no deaths from COVID-19 were reported and 151 patients were discharged in Cuba, with which the number of fatalities remained at 148 and the number of recovered rose to 11,682, 82.3 % of positive cases to date.

There are already 4,724 people hospitalized for the disease, of them 1,511 suspects and 881 under surveillance, in addition to confirmed patients. Of the latter, 2,316 present a stable clinical evolution, while six are in critical condition and 10 in serious condition, as reported this Saturday by Dr. Francisco Durán, national director of Epidemiology of the Cuban Ministry of Public Health (MINSAP).

The 365 cases detected in the last day―352 Cubans and 13 foreigners―were the result of the study of 13,592 samples. A total of 321 are autochthonous; 269 were contacts of already confirmed cases and 52 had no known source of infection, while 44 are imported. Among the latter, the United States (18), Russia (6), Panama (5) and Colombia and Haiti (4) were the main countries of origin.

This time there were 214 asymptomatic patients, while by sex they were 199 female and 166 male. By provinces, heading the number of infections are Havana (132), Guantánamo (48), Matanzas (41) and Santiago de Cuba (38), territories that present a complex epidemiological situation at present, as confirmed by Dr. Durán.

Visibly concerned about the situation the island is going through, Dr. Durán affirmed that 90 of the 321 autochthonous cases of the last day are related to people arriving from abroad, while 76.5% of the patients reported since last November 15―when the Havana international airport reopened―also stemmed from imported cases, either as direct or indirect contacts, although in practice, he said, this statistic is higher in many territories.

Given these facts, the specialist regretted the lack of risk perception of not a few Cubans and recent weeks’ social indiscipline in the country, particularly those associated with international travelers, and called again for complying with the hygienic and sanitary measures stipulated to curb the spread of COVID-19, while confirming that more severe measures would be taken with offenders.