This figure, the highest since March, is added to that of confirmed cases, a statistic that also registers a peak since the disease was identified on the island, with 2,118 patients. 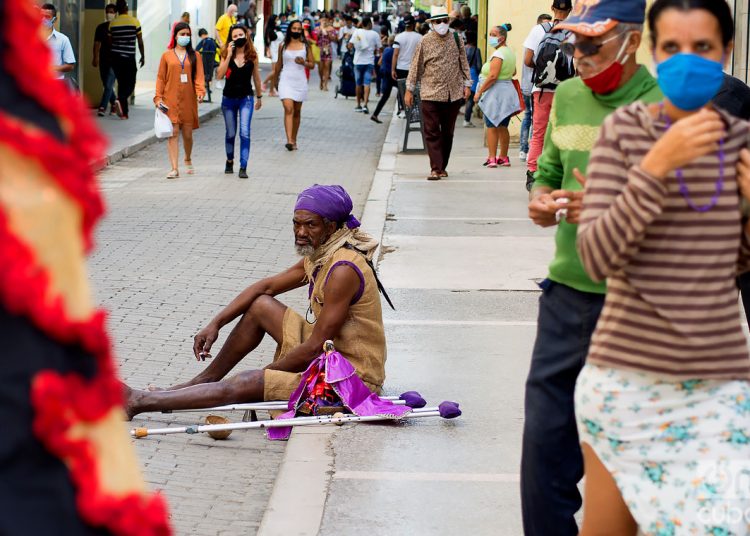 The coronavirus infections reported in January by the Cuban Ministry of Public Health (MINSAP) are “keeping tense” the population and local governments, as explained by Dr. Francisco Durán during his appearance on Cuban television, from where he reported that just in the last 24 hours, 344 new cases had been registered.

This figure, the highest since March, conveys the same concern as that of confirmed cases, a statistic that also registers a peak since the disease was identified on the island, with 2,118 active patients registered this Thursday.

Of the total number of infected with the SARS-CoV-2 virus this day, 275 were autochthonous and 69 imported, and the territories that reported the highest number of cases were Havana (91), Santiago de Cuba (45), Guantánamo (36 ), Matanzas (34), Pinar del Río (26), Villa Clara (22) and Holguín (17), although in general 15 provinces reported patients due to autochthonous transmission or due to imported cases.

The 69 patients with a source of infection abroad came from the United States, Haiti, Mexico, Canada, Colombia and Russia. Regarding the place of origin of the patients, of the total infections, 334 correspond to Cubans and 10 to foreigners, with Russian, Canadian, Colombian, German, U.S. and Sri Lankan nationality.

According to today’s MINSAP report, 12,092 tests were processed at the country’s laboratories, and now 13,823 infections have been identified since the beginning of the pandemic. Meanwhile, 141 people were discharged and with them 11,531 patients have recovered from this disease.

In hospitals or healthcare centers, however, the total number of patients under surveillance also rose, now with 4,281 hospitalizations, compared to the number reported in intensive care, which dropped to 16: four in critical condition and 12 in serious condition.

There were no deaths on the day, and the deaths due to the new coronavirus in Cuba still stand at 148 since the first patients with a disease that continues keeping everyone in check were reported on March 11.